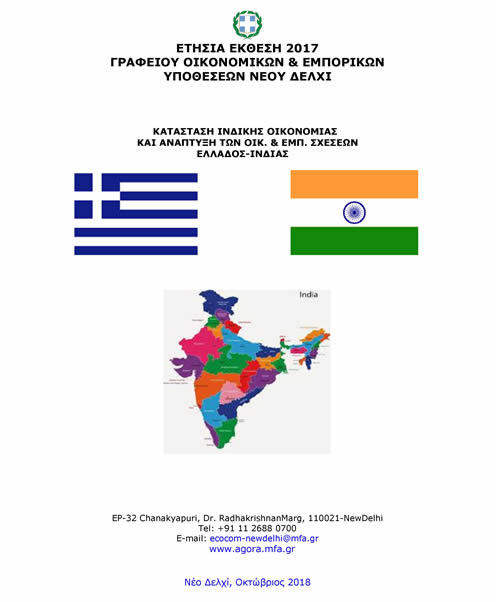 The Office for Economic and Commercial Affairs of the Embassy
of Greece in New Delhi published its annual report on
the state of the Indian economy and the development of economic and trade relations between Greece and India in the year 2017.

The reports includes general data on the Indian economy and the prevailing conditions in attracting international investments, while refers more extensively to Greek investments in India and prospects for their further development in a number of areas inclunding agricultural products and outgoing tourism.