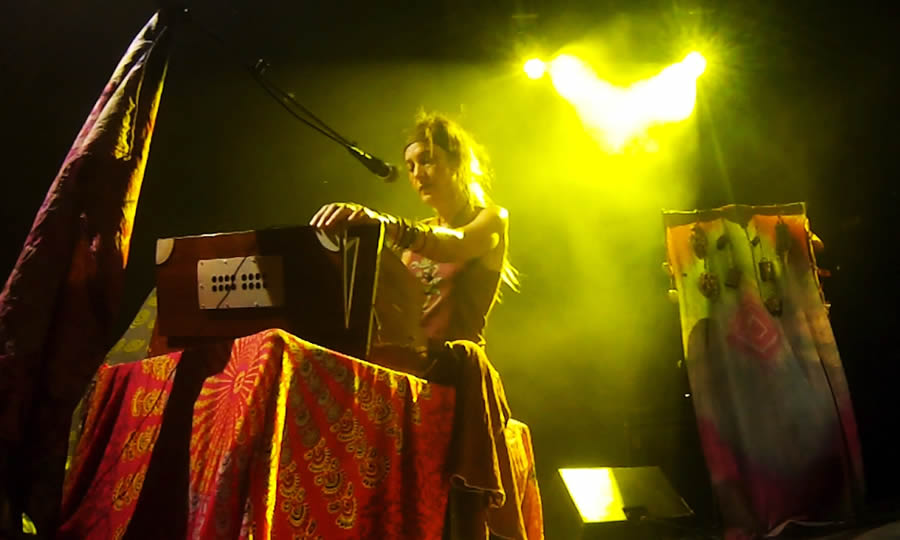 “Why do you want me to teach you Indian singing, Kristi?  You already sing Indian!”

said laughing when I finished the signing of one traditional folk song from the Greek islands.  Never in her life did she have the chance to hear any Greek traditional music, so before starting our first lesson on Classical Indian Vocal Singing, she had asked me to sing for her one Greek song. My husband, Stathis, accompanied me with his Greek folk string instrument, most commonly used in Greek rural areas, called the lauto.

“This sounded very much like an Indian song. It sounds like it is based on an Indian raga.” explained.

She was right. Because, the majority of Greek traditional music and folk songs, and especially those of the islands in the Aegean Sea, draw their origins from the ancient musical modes of the Asia Minor and from the religious chanting of the Christian Orthodox Church of the Byzantine Era.

This so-called Byzantine music, chanted in churches until today is based on music scales that are called echos (literally meaning sound). These (plural of echos) are of a philosophy to that of the Indian ragas.

To be precise in music terminology, echoi and ragas are not exactly scales, but something like that. But let’s simplify it all and make it comprehensive to readers that have no theoretical knowledge of music.

A musical scale is something like a staircase with stair-steps that show how the pitch of the sound goes up and down (aroha, uvaroha).  Each step represents one note (swara).

Imagine a hand-made staircase of which the steps are not of equal height.

And imagine on the contrary a factory manufactured stair-case, of which the steps have exactly equal distance between them.

When stepping up on the hand-made stair-case one has to be a bit more mindful, a bit more “into the moment” by focusing the attention on the movement of the feet. Otherwise one may stumble. But stepping up a staircase with equally built steps, the movement may well become mechanical.

In western music, the intervals between the notes of musical scales are equal. It was the music technology of the 17th, 18th century in Europe, specifically the invention of the piano keyboard in the era of
Johann  Sebastian Bach, which could not but technically square these intervals between the notes and equalize their distances. From there immerged the tradition of western classical music, the western musical chords, musical harmony, as defined by westerners.

When the intervals between the notes are squared like in the piano, it is possible to build the common western musical chords, which consist of three or more notes, played simultaneously. This is the so-called vertical kind of music. It is mainly used in western music.

Speculating further on all these… I feel that playing music of the vertical manner, the musician is getting into a more collective state of mind, whereas the playing of the horizontal kind of music has to do with a more individualistic approach to art. The term monophonic music, literally meaning “music of only one voice” is accurately describing this.

I leave it to meditators, philosophers and brain scientists to further explore how these two different musical ways and manners reflect habitual patterns of behavior in different cultures.  My own experience, having worked a lot with musicians from my country, but also with lots of musicians from different spots and cultures of the world, has made this quite evident to me.

Which just made me think also of a parallelism:

Each time I complain when someone is late to our rendezvous, Stathis keeps claiming: “Punctuality is the result of the Industrial Revolution, Kristi. The Industrial revolution made it necessary to the people to be punctual. Otherwise they lose the train, or they lose their job in the factory if they arrive there later than the time when the engines are turned on.”

Industrial Revolution came very late to Greece and we are therefore not yet used to this idea of punctuality in time. If I tell a westerner “we meet for lunch at noon time” he will certainly look at me with wide questioning eyes and ask “what time exactly?” But to a Greek I would just say “we meet around noon for lunch” and usually that’s enough.

Who of the two will “lose” some time in waiting…?  It is a matter of fate… But of course this also depends on what each one means by “losing time”. There is always time to meditate, to dream, or just to enjoy observing the world around you, when waiting for whatever. Also… a good chance to improve the focus on tadasana, when standing there waiting.

But… what am I doing here? I started describing the resemblances between the Indian and the Greek traditional music and ended up speaking about the industrial revolution and the punctuality in time…?

It is just that I keep discovering so many cultural habits, good and bad, common to both our folks. And… between the two of us please…  don’t you all agree that we, Indians and Greeks, share this same bad habit of not being that punctual…

I go back to my theme, Music. Music is one of the best and most beautiful “habits” we share and enjoy in almost the same way.

Like I said before, Classical Indian and Byzantine music are both based on similar kind of scales, the Indian ragas, the Byzantine , respectively.

The main characteristic in both of them is this everlasting drone of the basic note, heard behind whatever is happening in the rest of the composition. It’s always there like the buzz of the bees in rural areas, like the constant aum of Nature.

This drone is called in Byzantine music. It is produced either by an instrument called , used by most Christian orthodox priests and church chanters, or by a second chanter or a group of chanters that vocally produce this one droning note. In Indian music, this drone is produced either by the insisting, piercing note of the string of a or by an electronic box. The feeling created is the same.

It can be called a trance, or , or a meditative or a religious feeling. Each one may choose what one likes.

One other thing in common is also that small introductory melody called vistar  in Indian music and in Byzantine music. The instrumentalist or singer starts by introducing to the audience the raga or the echos that will follow. This is done by revealing the two or three most characteristic notes. These notes are something like an identity. A musically trained ear can immediately recognize which raga or echos will follow. A soul born and raised in that musical, cultural environment will subconsciously catch the feeling, the rasa or the ethos of the “scale”.

May it be rag Bimbalash, rag Yaman, rag Malkauns, or whichever rag, may it be Echos Protos, Echos Defteros, Echos Plagios Tetartou, or whichever echos, the method used, the dedication needed to learn, the sattva quality produced, they are all so similar.

Together with Sunjot we discovered many more similarities in the lessons that followed after that first day in her small school at that faraway village of India, where Stathis and I used to go every winter.

In the back wall of that small and tidy music room, right behind my teacher, was the icon of Sarasvati.

So among all the precious knowledge, I got from Sunjot, I also got the idea of what Sarasvati represents. The figure of the Hindu goddess of music, of learning and of the sattva guna reinforced inside me the will and the energy to go on with my vocal training and the constant study of music, despite the fact that I was already a yearlong professional singer touring the world with success. A small magnetic icon of Sarasvati is now stuck on my music at home, inspiring me each morning when I start my vocal practice:

“Show me where you country is situated” Sunjot asked me one day.

Her small daughter had just returned from preliminary school and was carrying with her a student’s geography book with the maps of the world. We opened it to the page with the map of Europe. I showed her Greece marked on the map with a different color.

“You see? We are very close to Asia. We are the closest to Asia country in the south-east edge of Europe.” “But where is it?” Sunjot was insisting, “I don’t see it”. I showed her the different color at the end of the Balkan peninsula, right above Africa, right next to the Asia Minor coastline facing the Aegean Sea.

“Your country is that small?” She asked, when she managed to clearly see the small country on the map. She suddenly seemed too sad from this discovery… “You come from such a small country…?” she muttered like a disappointed child. “Yes” said Stathis. “It’s a small country with around ten million inhabitants”. “WHAT? Ten million? Only? This is less than the one hundredth of the Indian population!”

We all burst down in laughter. I still laugh each time I remember that moment.

O.K then, we concluded. There are similarities in the souls of our folks and there are differences in the numbers. But… are numbers more important or souls?

Each one may choose what one likes…

The four of us, Sunjot, her little daughter, Stathis and me, we all agreed: It’s the music that matters. And then we started the lesson…

*Kristi Stassinopoulou, a native Athenian, is a singer, lyricist, and writer who generated a wide appeal in the international world music circuit.

In 1983 she represented Greece in the Eurovision song contest in Munich, with the song of Antonis Plessas on a poem of the Cypriot poet Sofia Fildisi.

Her recent teachers in India are Sharat Arora of the Himalayan Iyengar Yoga Centre and Sunjot Mayekar of the Arambol Music Academy of Indian Music and Vocal training.

Together with her husband, partner in life and in art, composer and multi-instrumentalist  Stathis Kalyviotis, Kristi has made 6 albums of international appeal and are touring the world, writing new songs, experimenting on sounds and giving live performances, lectures and musical workshops.

Kristi is also a published writer. Further than articles about music, travelling, fairytales etc published in magazines, she has also published two books: Seven Times in Amorgos (Kastaniotis Editions) with seven short mystery stories set on the Cycladic island of Amorgos and The Fiery Sward (Livanis Editions) a novel of magic, set in Athens in the early 90s.