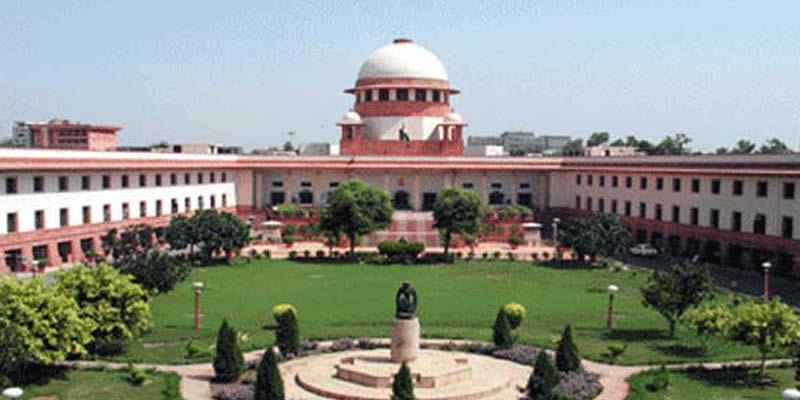 On  November 9, 2019, the Supreme Court of India unanimously ruled in favor of the Ram Temple construction on disputed Ayodhya site, where the centuries-old Babri Masjid was demolished on December 6, 1992. Here are the Salient points on SC’s judgment:

1. The judgment by the 5-Judge Bench headed by Chief Justice of India is the culmination of a long-standing legal process.

2. This legal process began in 1950 in the District Court, and as per standard procedural practice, the Allahabad High Court and now the Supreme Court of India have heard the matter. Thus, due process has been strictly followed.

3. The Judgment brings closure to a long-standing dispute between the litigants.

4. This Judgment is solely to determine the Title Suit (i.e. ownership) of land in Ayodhya (1482 sq.yds.) on which the structure was located. The five Member Bench has ruled that the Title Suit will be determined by law and not by faith.

5. The five Member Bench has given the Title Suit to Ram Lalla Virajman (Party) and also directed the Government to allocate five acres of land in Ayodhya to the other Party, Sunni Wakf Board, for purpose of building a Mosque.

6. This dispute originated in historical times. There are historical accounts by European travelers in the 17th and 18th centuries on the existence of the dispute. Probably, the first such reference to this dispute was made by William Finch, a British merchant who visited India between 1608 and 1611.

7. There are legal records to establish that petitions were filed before the District Judge and the Judicial Commissioner in the United Provinces in 1885-1886 when India was ruled by the British Colonial Government. Therefore, the dispute was in existence before the Independence of India.

8. In arriving at the Judgment, the Supreme Court of India has considered multiple pieces of evidence including, inter alia :

(a) Report of survey and excavation on the site carried out by Archaeological Survey of
India.

(b) Historical records including pre-colonial travelers’ accounts and Government records from the British Colonial period; and

(c) The evidence and material presented by all claimants to Title Suit through the prolonged judicial process since the Independence of India.

9. The Places of Worship (Special Provisions) Act 1991, passed by India’s Parliament, prohibits any change in the religious and denominational character of a place of worship as it existed on 15 August 1947 (our Independence). The Act solely excludes the existing disputed property in Ayodhya because it was already sub judice at that time. Hence, there is NO possibility of this Supreme Court Judgment relating to the land in Ayodhya becoming a legal precedent under the provisions of this Act. As such, the Judgement can NOT be used to seek or claim/re-claim other places of worship that may have been disputed.

10. The Constitution of India guarantees all religious communities equal freedoms of faith, belief and worship.

[Article 25 (1) Right to Freedom of Religion: Subject to public order, morality and health and to the other provisions of this Part, all persons are equally entitled to freedom of conscience and the right freely to profess, practice and propagate religion.]

11. India has an independent judiciary and this independence is a part of the basic structure of the Constitution.

12. It is Government of India’s conviction that following this verdict, Indians of all faiths and communities will now move ahead in a spirit of reconciliation.  The Prime Minister of India has appealed to all citizens to accept the judgment and to strengthen India’s long-standing tradition of amity, unity and harmony.

13. This essentially is a domestic issue and prominent voices in public life, including the All India Muslim Personal Law Board, have appealed to citizen to respect the judgment and to maintain calm.