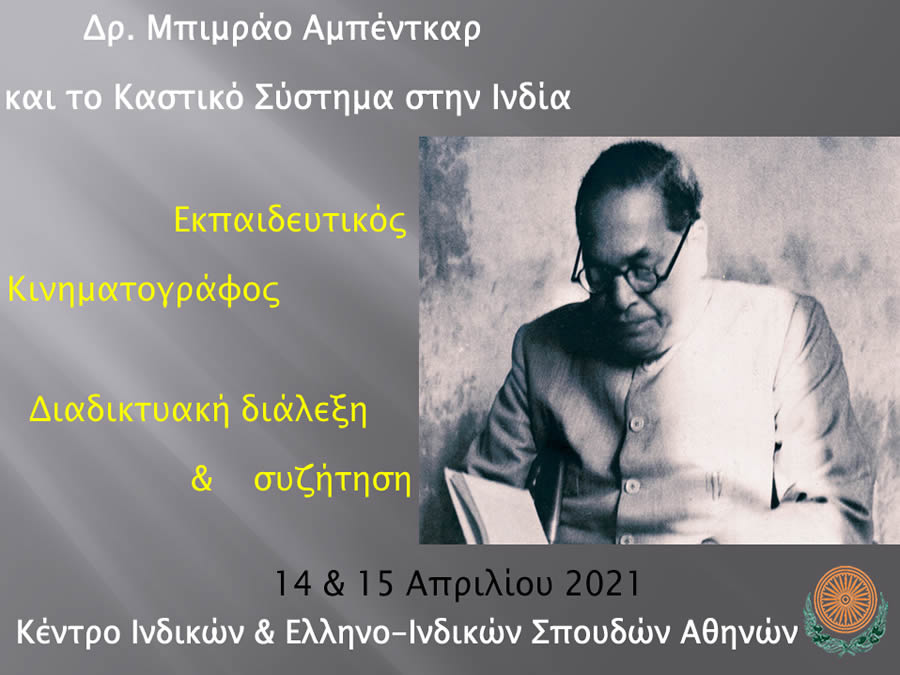 On the occasion of the 130th birth anniversary of  Dr Bimrao Ramji Ambedkar (14 April 1891 – 6 December 1956) the Athens Center for Indian and Indo-Hellenic Studies organizes an online screening of the classic film of Jabbar Patel “Dr. Babasaheb Ambedkar” (1999, duration 3 hours, English language with no subtitles).

Watch the movie without registration on our YouTube chanel Indika Net

Watch the movie without registration on our Facebook page Indika Net

Due to the long duration of the movie, the customary discussion and analysis, which takes place in the context of the Educational Cinema, will be held after the introductory lecture of the Indologist Prof. Dimitris Vassiliadis on the topic “Dr. Bimrao Abedkar and the caste system of India” on Thursday, April 15, 2021, at 8.00 pm

Free participation in the lecture and discussion with registration HERE

Plot
The film tells the story of the renowned social reformer and politician B.R. Ambedkar, (also known as Babasaheb Ambedkar), who inspired the neo-Buddhist movement and campaigned for the emancipation of the oppressed social classes (Dalits). He was the first Minister of Law and Justice of India and is considered as the architect of the Constitution of India.

Staring
In the role of Ambedkar, the leading actor of Kerala, Mammootty, and
in the role of Gandhi, Mohan Gokhale.