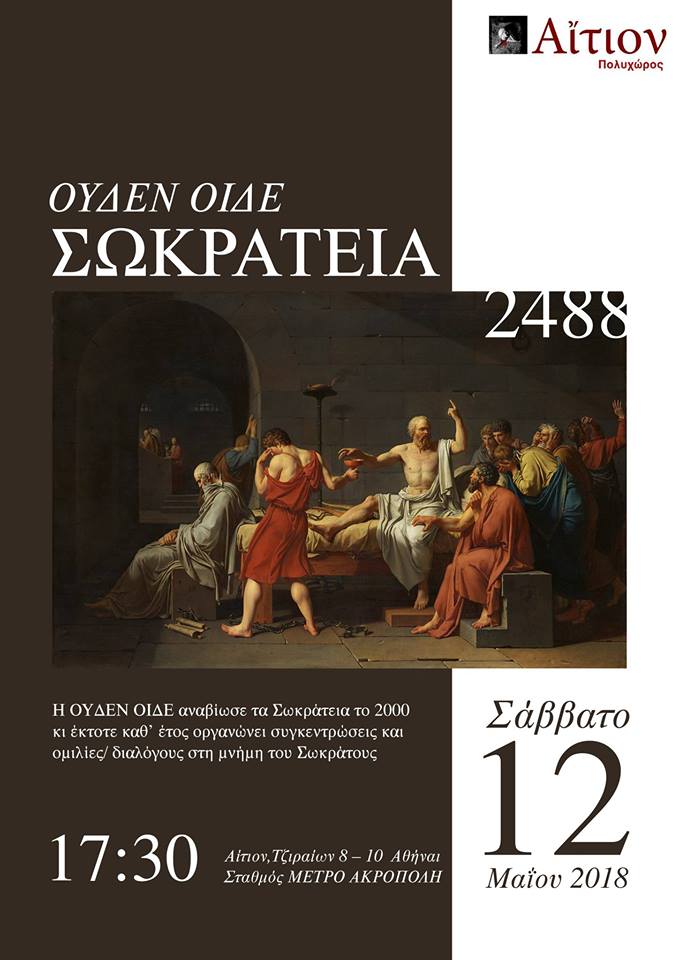 Socrates’ friends from Greece and abroad gathered on May 12th, 2018, at the Aition Cultural Center in Athens to celebrate the birthday of the wisest man of ancient Greece.

In Socrateia 2488, Yannis Ganassos presented the subject “Eudemonia and the modern illusion of Happiness” as understood by the Greek sages, and Eumichanos Moschonas, speaking in the Attic dialect, referred to Socrates’ parable of Greek Education. After the talks, dialogue and extensive discussion followed. The event was co-ordinated by Promachos Dr Stratos Soubasakis.

The event was also attended by the President of ELINEPA Dr Dimitrios Vassiliadis, who referred to the kinship of the ancient Greek and Indian philosophies and made a short parallelism with the Sanskrit concepts of eudaimonia (ānanda) and pleasure (sukha).

Sokrateia was a popular celebration in Athens for the birthday of Sokrates, which was on the 6th Thargrilionos (the month of Apollo), centered at the Temple of Socrates, until the abolition of all Greek feasts.

UDEN OIDA revived Socrateia in 2000 and since then organizes meetings and talks / dialogues in memory of Socrates every year.

Watch the speeches below