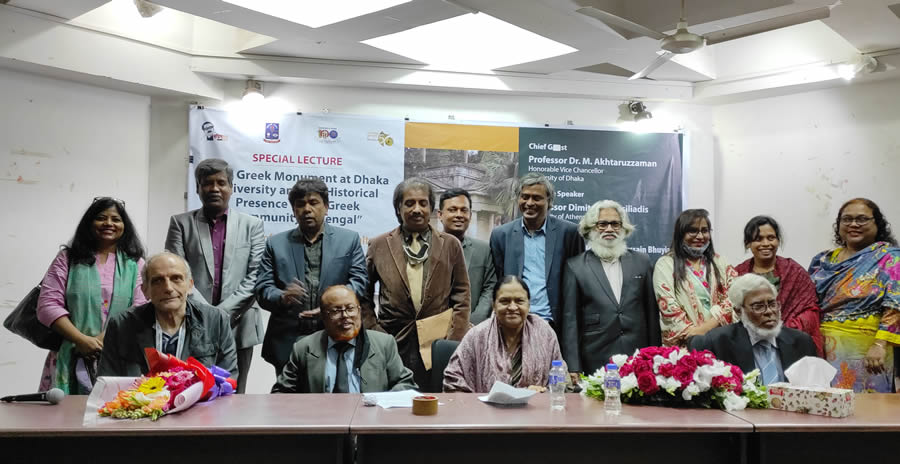 The lecture was attended by professors and students from various departments of the University and was followed by a long discussion on the issues related to the long history that connects Greece and Bangladesh with the special emphasis on the Greek community that flourished for almost three centuries in Dhaka and Bengal.

Before the speech, Professor Dimitrios Vassiliadis was guided to the M.R. Tarafdar Memorial of the Department of Islamic History and Culture and had a very constructive meeting with the Rector of the University of Dhaka Prof. Md Akhtaruzzaman with whom they discussed the ways in which ELINEPA could help in the preservation of the Greek Monument located at the University. The University of Dhaka is the largest and oldest in the country and is celebrating its 100th anniversary this year.

Dr. Dimitrios Vassiliadis was invited by the Minister of Foreign Affairs of Bangladesh Mr. AK Abdul Momen to participate in the World Peace Conference that took place from 4 to 5 December 2021 in Dhaka.

Cover photo: Dr. Dimitrios Vassiliadis with professors of the Department of Islamic History and Culture ay the University of Dhaka.