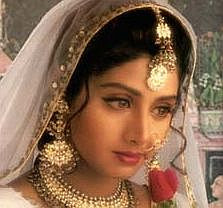 Saddened by the ultimate demise of noted actress, the Hellenic-Indian Society for Culture and Development (ELINEPA) expresses its condolences to her loved ones and fans.

Sridevi Kapoor (13 August 1963 – 24 February 2018) was an Indian film actress and producer who starred in Tamil, Telugu, Hindi, Malayalam, and Kannada films. She was  one of the most popular actresses of Indian cinema and was considered to be Bollywood’s first superstar. Her long career included diverse roles and memorable performances. Her outstanding performances in films such as Moondram Pirai (1982), Lamhe (1991) and Vinglish (2012) remain an inspiration for other actors.  She was also a recipient of Padma Shri, the fourth highest civilian honour, in 2013.

May her soul rest in peace.