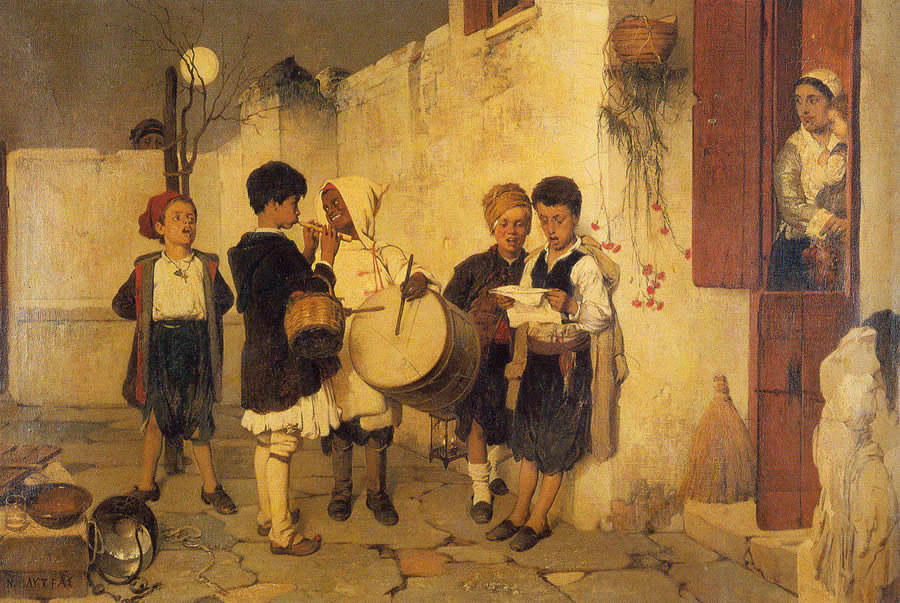 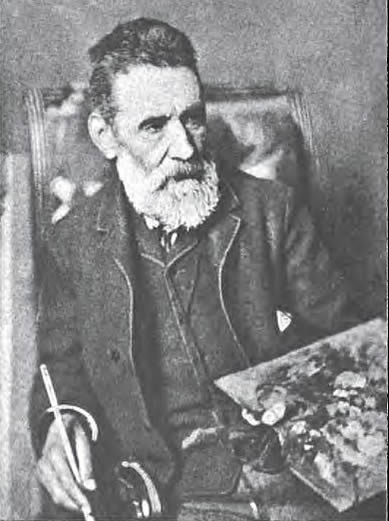 “The love of the beautiful is the bridge between God and man”
Nikiforos Lytras, Painter

“The Carols” by Nikiforos Lytras is one of the most famous paintings in the history of modern Greek painting. The work, created in 1872 and preserved today in a private collection, depicts a characteristic example of modern Greek ethography. A group of children of different backgrounds and nationalities dressed in the clothing of their time hold traditional musical instruments and sing Christmas carols in the yard of a house. A housewife stands with the toddler in the window and listens to the carols. Behind the wall, there is the head of another child viewing this Christmas tradition. The full moon and the flowers hanging from the pot on the wall give a serene harmony to the whole picture, while the broom and the tied to a stake tree in the yard show the care of the poor household. The fallen bucket is obviously the result of a rush of the children to sing carols to as many houses as possible before dawn. The statue in the right side corner shows the continuity of the Greek culture,  as well as the painter’s appreciation of his father’s profession, who was a sculptor. 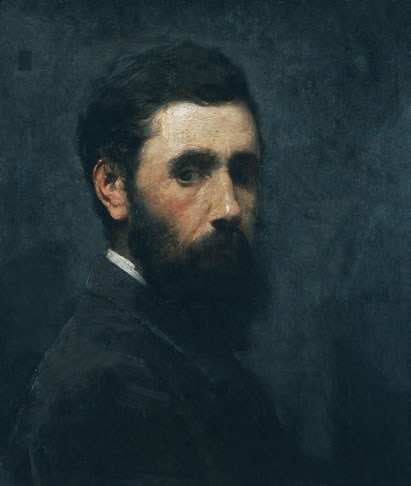 Nikiforos Lytras (1832, Pyrgos, Tinos – June 13, 1904, Athens) was one of the greatest Greek painters of the 19th century. He is considered one of the most important representatives of the Munich School and has been a pioneer in shaping the teaching of Fine Arts in Greece.

He studied painting at the School of Arts (1850-1856), the later Athens High School of Fine Arts, with the brothers Philippos and Georgios Margaritis, the monk Agathangelo Triantafyllou, the Italian Raffaelo Ceccoli, and the German Head of the School, Ludwig Thiersch. He then studied with fellowships from King Otto and Baron Simon Sina at the Royal Academy of Fine Arts in Munich (1860-1865). His teacher there was Karl von Piloty, the foremost representative of the realistic school in Germany.

Return from the festival

In 1866 he became a professor at the Athens School of Arts where he worked for 38 years, teaching a number of great Greek painters, such as Georgios Iakovidis, Polychronis Lempesis, Pericles Pandazos, Ioannis Roilos, and Nikolaos Vokos. Although he was clinging to the artistic form of the Munich School and remained unaffected by the flow of the Impressionists, Nikiforos Lytras always urged his students to be open to new trends.

In his work, he draws inspiration from Greek mythology and history, and his paintings are dominated by ethnographic images with themes of everyday life and local customs. 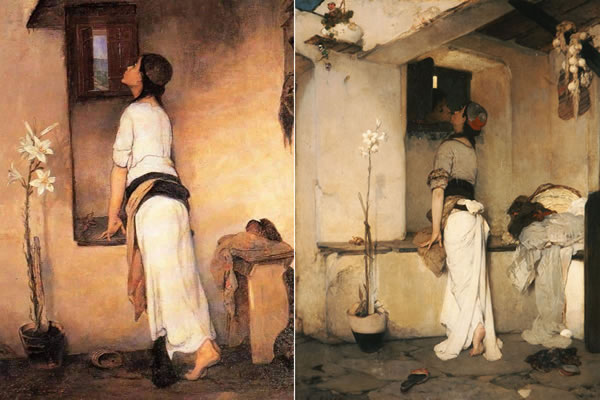 He died in 1904, after a brief illness suspected of being due to poisoning by the chemicals of the paints.