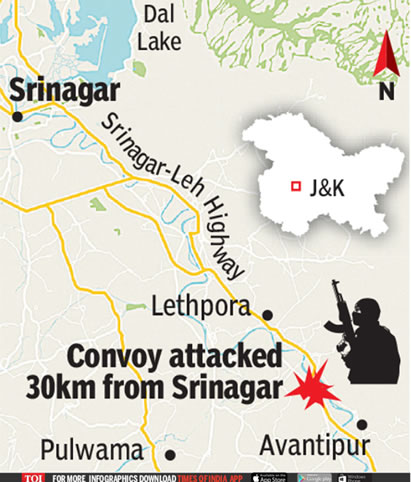 India has been once again a victim of a terror attack on Thursday, February 14, 2019, in Jammu and Kashmir’s Pulwama district. The bomb attack killed about 40 personnel of the Central Reserve Police Force (CRPF). About two dozens young people are injured. The condition of many of those is serious.

The Hellenic-Indian Society for Culture and Development (ELINEPA) strongly condemns the terrorist attack. It is an attack on freedom of religion, pluralism, and secularism, an attack on democracy and human civilization. Violence, which is rejected in all its forms, is not a solution to problems, disputes, and disagreements. The only choice must be a dialogue and respect human life and dignity.

We express our deep sadness and condolences to the families of the victims and wish a speedy recovery to those who were injured.