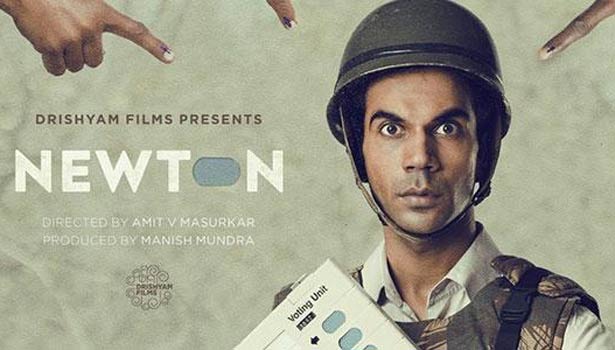 The award-winning film “Newton” (2017) by Amit V. Masurkar will have its Greek premiere at the 58th Thessaloniki International Film Festival.

It has been selected as the Indian entry for the Best Foreign Language Film at the 90th Academy Awards.

As millions of ballot boxes are set in India, the world’s largest democracy – where elections cost nearly $5 billion – Newton, a rookie government clerk, finds himself entrusted with the task to conduct “free and fair” voting in a conflict-ridden area. Deep in the jungle of Chhattisgarh, communist guerrillas take action while security forces remain idle. Newton tries to put order in chaos, by following one of… Newton’s laws of motion (for every action there is an equal and opposite re-action) and reminds us of the distinct feature of any truly democratic society: the transition from a sum of voters to a body of active citizens.