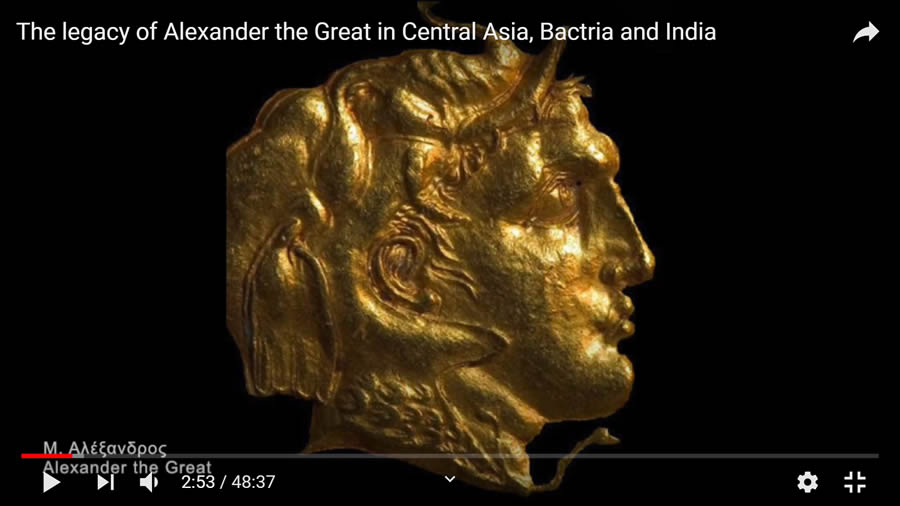 The internationally renowned Professor Osmund Bopearachchi, Numismatist and Archaeologist, specialist in the Hellenistic Kingdoms spoke about the legacy of Alexander the Great in Asia, Bactria and India on Cosmos FM Radio New York by Mike Stratis with collaborator Ms. Smaragda Mouriki

Art Director Lydia Griva, from Germany, who created a visual work of art. Special thanks to the researcher Dr. Potitsa Grigorakou who contributed to the creation of this presentation.

The images that enliven the speech are impressive, a discovery of the 45 Greek Bactrian kings (Afghanistan, Pakistan, North India) from their well-sculpted portraits on their gold and silver coins. They show us their high know-how in Coinage and the mineral wealth of the region. They also tell us their fantastic, incredible story in the depths of Central Asia. The maps show us the area where the Greek kingdoms flourished during the Hellenistic era (4th -1st century BC). The findings of the archaeologists who excavated the cities of Alexander the Great and his Successors and Descendants in the area show the extensive spread of Greek culture and its influence on the peoples and their arts for 3 centuries in this region.

It is an unknown page of the Greek History on the borders of China and the Himalayas!

Watch the speech of Prof. Osmund Bopearachchi in the video below: