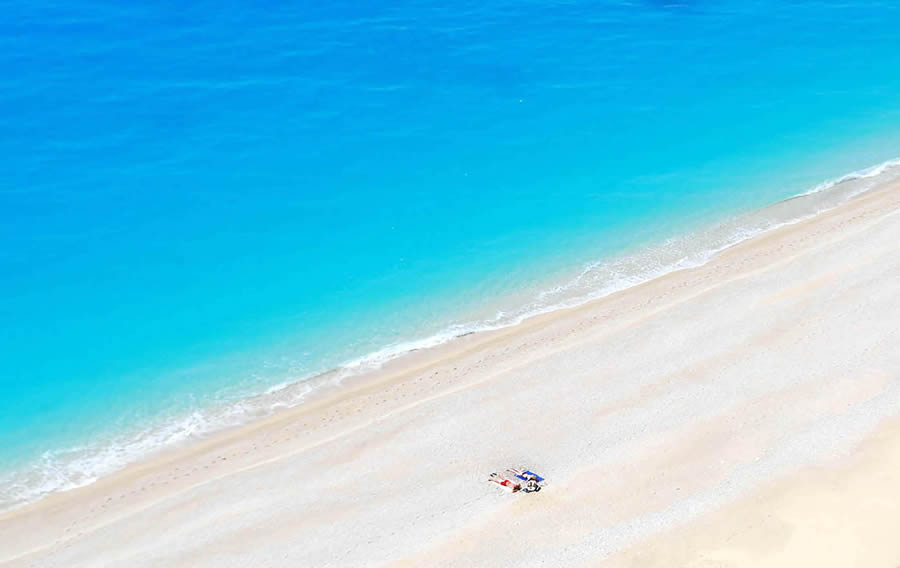 The Hellenic-Indian Society for Culture and Development (ELINEPA) wishing to contribute to the acquaintance of the artists from Greece and India, displays on the home page of its website the photograph of Giorgos Kazazis “Just the two of them”.

The photo was selected in the framework of the invitation to visual artists, as it was judged to express in its colors and details the harmonious coexistence of two worlds and two people, while at the same time
emanates a sense of tranquility and beauty.

Below we present more photographs of Giorgos Kazazis along with a note about the art of his Photography and his resume.

Photography for me is a means of saying something, sometimes an immediate and tangible and sometimes symbolic way of expressing thoughts, ideas and emotions, moreover, a way of communication with the outside world and not just creation of pieces of art or works with
the aesthetic value. It is not a way of spending my free time pleasantly, but a creative search, a way of life with meaning, that fills me with joy, completes and covers the need to capture my personal stigma on a daily flow of things.

Artistic photography for me exists tomorrow, after tomorrow, always, is
something that lasts, that gives the ability to see behind it, something that shocks, makes you have second thoughts, makes a mental, fruitful and genuine dialogue with the observer, that narrates without describing just the fact, that grabs in a moment, freezes it and transfers it forever.

Although being film’s lover and of the atmosphere that attaches, the digital revolution did not leave me aloof, so I was impacted to adapt and become aware of digital media and infinite applications that gave a new dimension to Photography.

My subjects are street photography, photojournalism and secondary at the same time folklore and travel photography, which focus on human subjects I prefer the classic photography who was taught by the great photographers of the past few decades, concentrating on the recording of their everyday life. In my pictures the human element dominates, sometimes it is there to give meaning to the frame, but most times a leading part. My concern is to attach realistically and not beautified humans in their natural environment, whether it is in an urban landscape or in the province. Our country has inspired me greatly, but all my many trips around the world have opened my horizons and photography affect with fertility the figurative and photographic look of me. A good example is my recent interest in nature photography. What excites me is particularly the travel photography with the eye of the traveler and not the tourist.

I prefer spontaneous subjects despite the directed because the power of my glance is when my camera captures this unique moment that suddenly passes and is lost, never repeated in the same way.

For all these above reasons I believe that my art is if not significant, at least remarkable. It is not the technique that I possess from my adolescence, but much more the look and the feeling that comes through my photographic creations, as I have heard from many time after time. I think this is its strongest point. The one that gave me apart from many international awards, honors, and titles something even more important, the love of many dilettantes as well as people with other interests for my work.

In my pictures that are often taken even while moving or without warning, can be seen the capture of looks, expressions, smiles, special moments but also social occasions, with a unique naturalness that gives the spectator to make up for a whole story.

The basic element on my photographic images is the light!

He was born in N. Smyrni in 1981 and is a graduate of the Faculty of Theology of the Department of Theology of the University of Athens, a postgraduate in Criminology, and a Ph.D. candidate of Sociology at Panteion University. In 2003 he became a member of Hellenic Photographic Society, 2 years later he successfully attended his annual seminar with teacher Fotis Kazazis and another 2 years later she joined the Directory Board.

During the years 2009-2011, he was Hellenic Photographic Society’s Commissioner and the next, 2011-2013 Administrator. As a member of the Directory Board, its position remains unchanged until today. In 2010 he participates as Director of Photography in the short film: “Donor”.

It is remarkable the variety of its subject matter and the abundance of its works that have been distinguished in proportion to the honors that it has acquired. Specifically, it has earned 276 acceptances with 80 artistic works in 22 countries and in 56 different International Competitions. In 2012 he transfers and assists in setting up at the FIAP headquarters in Paris the 60th Anniversary Anniversary Exhibition (one of the most successful ones), in which he participated with three of his works, while at the same time was being acquainted with major FIAP officials. Two years later he received the Silver Medal in Kamnik, Slovenia, attending the Award ceremony, representing the HPS at the same time, making an important acquaintance with the President and members of the local Photographic Society there. In 2019 a photo of him is selected to advertise the international contest in Crete.

Since 2017 he started to participate in Photographιc Competition’s juries (judgment of portfolios for the award of honorary titles of HPS and the Panhellenic Digital Photography Competition in 2018, and he also had the first official invitation to participate in the jury of an International competition). In 2013, he attends successfully with high rate the seminar in Nude Photography with a world-renowned photographer, Stathis Efstathiadis.

An excerpt of his work has been published in Greek and foreign albums, books, and magazines, and has participated in numerous exhibitions in Greece and abroad. He travels quite a few (about 62 countries), mainly since 1999 and onwards, looking for his subjects, which are mainly focused on humans as well as Street Photography. For 14 years he has been taking over a lot of professional photographic works of various subjects.