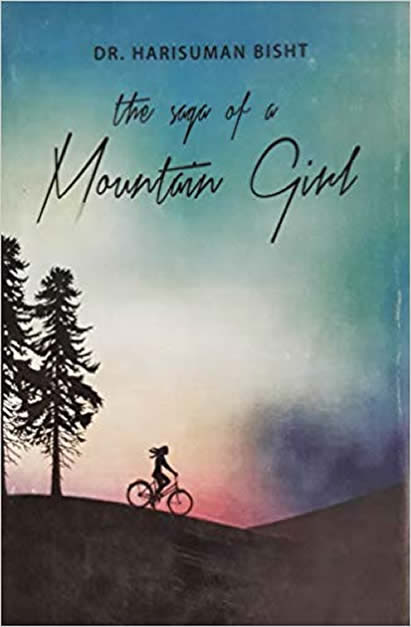 I attended the 17th International Hindi Conference in Athens, Greece this past June. While there I met Dr. Harisuman Bisht, an award-winning writer of Modern Hindi Literature. He gave me his book about the life of Aachhri in the hilly north-west Kumaon region. The story tells her struggles as a single out-of-wedlock, actually raped mother, to raise her son in an unfriendly totally male-oriented village.

Dr. Bisht realistically portrays both her external obstacles in life and her internal strengths. Though set in a small village, her struggles and eventual success are lessons for women the world over – and for men who need to “listen up” to a few things in life. International cinema successes are a local story with a universal theme. Such is this book and once you start it will be hard to put it down as we see and learn how Aachhri takes control and eventually unfolds her own life. Dr. Bisht is a great writer. Read the book!

Dr. Harisuman Bisht is a big name in Modern Hindi Literature today. Born on January 1, 1958, in a remote village of Uttarakhand, he has depicted the harsh circumstances of life in the region. His female characters are unique. They fight and win the battle. Bisht’s six novels and six short story collections and some other writings account his fame. His works have been translated into many languages. He has received many literary awards for the excellence of his theme and content. He is also a renowned editor and a widely traveled man. There have been some research works on his literature too. Personal website: https://harisumanbisht.com