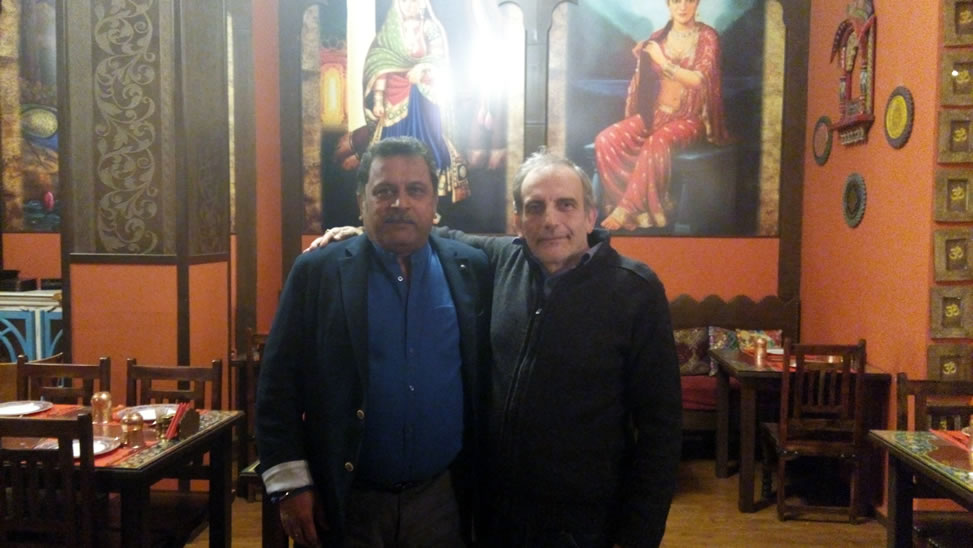 The Hellenic-Indian Society for Culture and Development (ELINEPA) invited to Athens Indian film producer of Bollywood Mr. Ravinder Dariya to investigate the possibility of producing Indian films and organizing Indian weddings in Greece contributing thereby to the promotion of the Indian tourism in Greece.

During his visit Mr. Dariya visited archaeological and tourist sites and met with Greek producers, directors and organizers of social events. He also visited the Athens Center for Indian and Indo-Greek Studies and gave a lecture on Bollywood cinema to the students of Hindi at the School of Foreign Languages of the University of Athens.

In the photo, Chairman of ELINEPA Dr Dimitrios Vassiliadis with Bollywood film producer Ravinder Dariya at Indian Restaurant in Athens during the farewell dinner organized by ELINEPA on February 21, 2017, in honour of the Indian film producer.