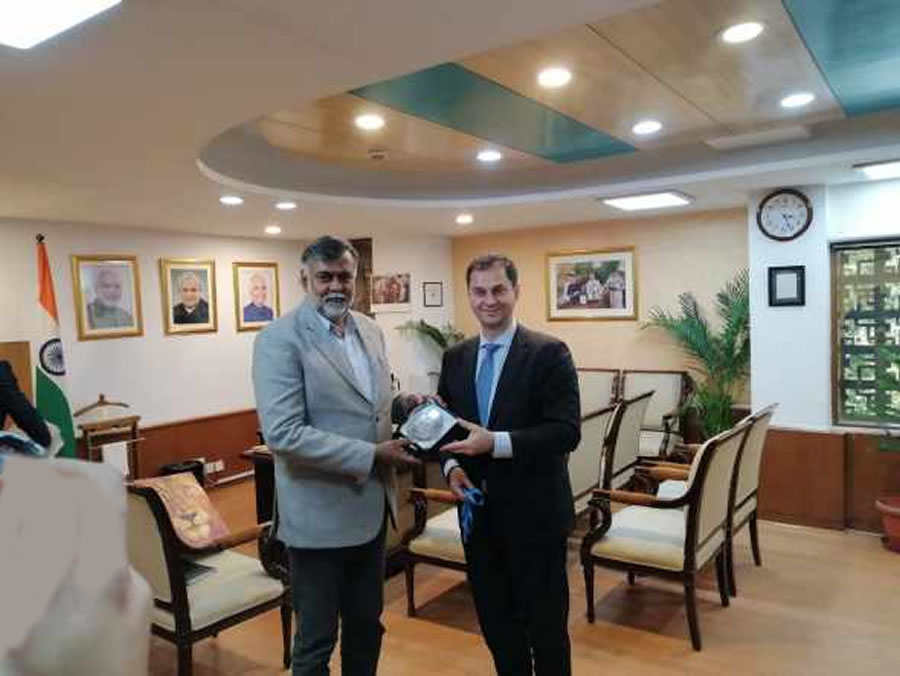 Important contacts in New Delhi and Mumbai were made by the Minister of Tourism, Mr. Charis Theocharis, aiming to strengthen relations in the field of tourism with one of the largest emerging tourism markets, that of India.

Mr. Theocharis, who visited the country in early February 2020, in the framework of the OTM (Outbound Travel Market) international travel fair, met with his Indian counterpart, Minister of State for Tourism, Prahlad Singh Patel. At the meeting, held in a particularly warm climate, the two Ministers agreed on the importance of direct flights between the two countries, as well as on the importance of signing a Memorandum of Understanding on Investment and Tourism.

It should be noted that in 2019 the number of tourists from India increased by 30% compared to 2018 and the Minister of Tourism was optimistic that “the increase will be even greater in the near future”.

As Mr. Theocharis told at a press conference: “The development of a new strategic plan to attract Indian tourists is underway. We believe that luxury tourism, conference tourism, and wedding tourism are the main areas that Greece has a lot to offer to the Indian visitor. And that’s why we focus our actions on these forms of tourism. “

As Mr. Theocharis said on Indian television: “We came to India to work systematically aiming at a market that has high-quality tourism. It is characteristic that the average expenditure of Indian tourists visiting our country is about 1,000 euros per person, while our general average is around 560 euros. So it becomes clear that the Indian tourist coming to Greece is a quality tourist. “

Mr. Theocharis’ visit ended with contacts with travel agents, government officials as well as with people in the Bollywood film industry.

The significance of the Minister’s of Tourism trip to India lies in the fact that this country is of great interest to Greece, as the peoples of the two countries have deep cultural roots and common historical references. Besides, India’s huge film industry already does a lot of shooting in Greece, both for music video clips and for popular serial scenes aired on Indian television.