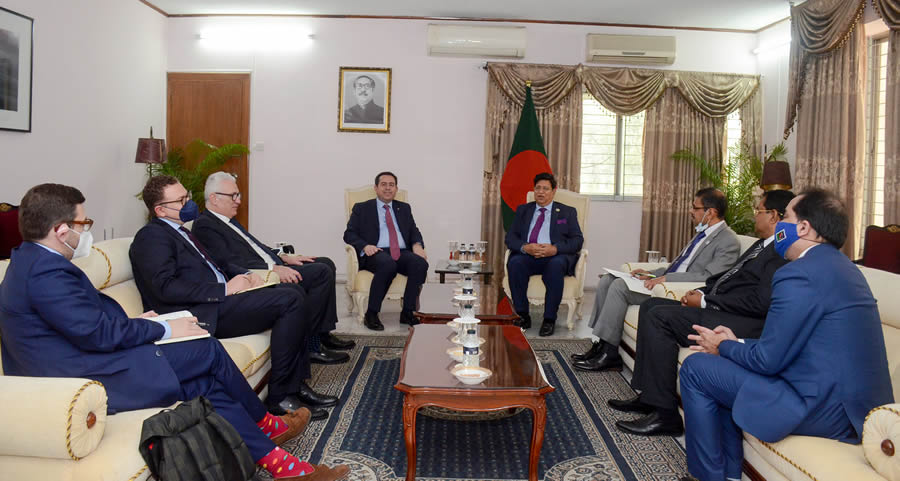 The Minister of Immigration and Asylum, Mr. Notis Mitarakis paid an official visit to Bangladesh on 9 and 10 February 2022, where he had talks with the country’s political leadership, in order to reinforce bilateral cooperation in the fight against illegal migration, and discuss important issues related to legal migration.

In Bangladesh, Mr. Mitarachi met with the country’s Foreign Minister, Dr. AK Abdul Momen
and the Minister of Expatriates’ Welfare and Overseas Employment, Mr. Imran Ahmad. Notis Mitarakis and Imran Ahmed signed a bilateral Memorandum of Understanding for the best cooperation, proposing the granting of seasonal work permits, but also the strengthening of the cooperation regarding the direct returns of those who enter or reside illegally in Greece.

The main objective of the Greek Ministry is to promote a new model of cooperation with Bangladesh and countries of origin of migrants that focuses on providing opportunities for legal migration, especially in areas of seasonal work and the joint fight against illegal immigration and smuggling networks.

Greece and Bangladesh have strong historical ties and friendly relations. Today, about 80,000 immigrants from Bangladesh live and work in Greece, which is an important economic and cultural bridge between the two countries.

The Greek Minister was accompanied in Dhaka by the Secretary General Mr. Patroklos Georgiadis and top officials of the Ministry of Immigration and Asylum. The visit of the Greek Minister is believed to contribute to the further strengthening of friendly relations and cooperation ties between the two countries.

Article photo: Minister for Migration & Asylum of the Hellenic Republic Mr. Panagiotis Mitarachi with the Minister of Foreign Affairs of Bangladesh Dr. AKM Abdul Momen at the State Guest House Padma on 9 February 2022.

Visit of the Minister of Migration and Asylum, Mr. Notis Mitarachi, to Pakistan