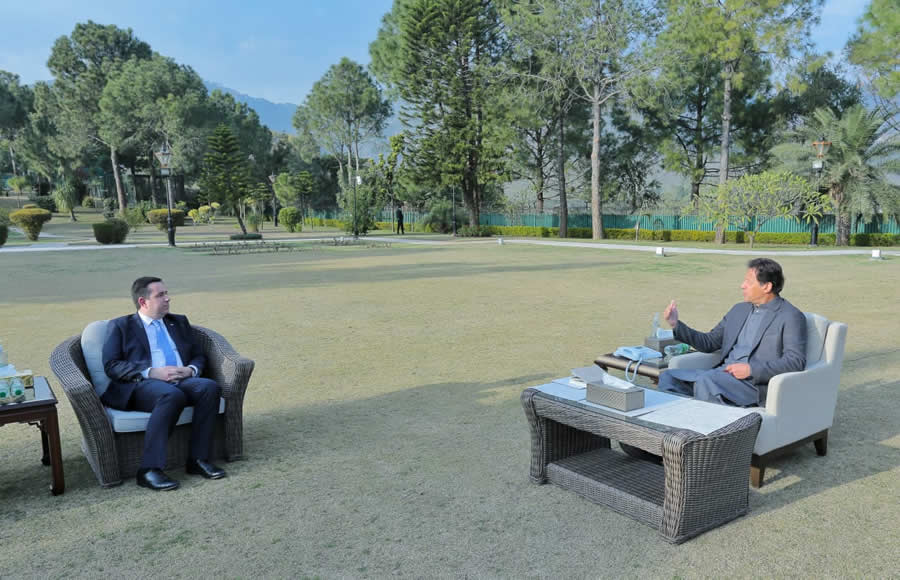 The Minister of Immigration and Asylum, Mr. Notis Mitarakis paid an official visit to Pakistan on 7 and 8 February 2022, where he had talks with the country’s political leadership, in order to reinforce bilateral cooperation in the fight against illegal migration, and discuss important issues related to legal migration.

During his visit, the Greek Minister met with the Prime Minister of Pakistan, Mr. Imran Khan, who underlined the importance Pakistan attached to its cooperative ties with Greece and stressed the need for increased collaboration in diverse fields including migration. In this context, Mr. Khan particularly appreciated Greece’s initiative of establishing legal migration channels, which will open avenues for Pakistani skilled labor. He also also underlined the urgency of addressing the dire humanitarian situation in Afghanistan and preventing an economic meltdown in order to prevent the mass exodus of Afghans to other countries.

Mr. Mitarakis, for his part, stressed the importance of Greece-Pakistan relations and regular bilateral exchanges, while also referring to issues of cooperation at European Union level. He also conveyed the invitation of the Greek Prime Minister to Imran Khan to visit Greece.

Earlier, Mr. Mitarakis had talks with the Minister of Pakistani Foreign Affairs and Human Resources Development, Senator Ayub Afridi. They signed a Declaration of Intentions to establish technical talks between the two Ministries, as well as to sign a memorandum of cooperation in the near future. In terms of legal migration, the Greek deligation proposed seasonal employment up to 9 months/year instead of long-term settlement.

The goal of the Greek delegation is to promote opportunities for legal and orderly migration – especially seasonal workers – as a counterweight to the operation of smuggling networks.  Additionally, were discussed further ways to discourage illegal migration and to strengthen cooperation on the issue of returns of those not legally residing in Europe.

Greece and Pakistan have strong historical ties and friendly relations. Today, about 60,000 immigrants from Pakistan live and work in Greece, which is an important economic and cultural bridge between the two countries.

The Greek Minister was accompanied in Islamabad by the Secretary General Mr. Patroklos Georgiadis and top officials of the Ministry of Immigration and Asylum. The visit of the Greek Minister is believed to contribute to the further strengthening of friendly relations and cooperation ties between the two countries.

Visit of the Minister of Migration and Asylum, Mr. Notis Mitarachi, to Bangladesh