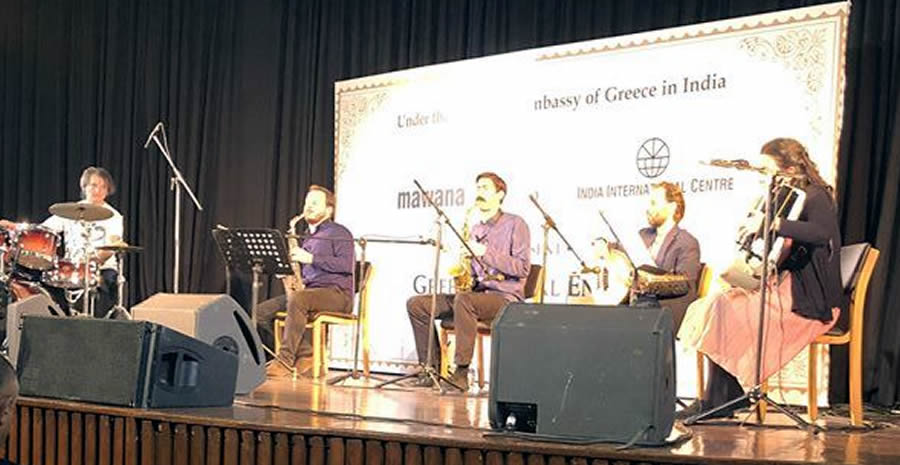 The musical ensemble “” of Thimios Atzakas traveled to India where it participated and presented pieces of modern and traditional Greek music at the Udaipur World Music Festival on February 17, 2019. The musical band also gave another concert in the theater of the India International Center on 18 February 2019 in New Delhi.

Addressing the audience after the New Delhi concert, Ambassador of Greece Mr. Panos Kalogeropoulos, said: “The reaction to the music proves that there appreciation and appetite for cultural exchanges between Greece and India that benefit the people of both countries. We are glad to have been a part of this as it gave the audience here the chance to acquaint itself with Greek music heritage with a modern twist, through innovative performance.”

The concerts took place with the support of the Greek Embassy in New Delhi, the Greek-Indian Friendship League and the Mawana Sugars.