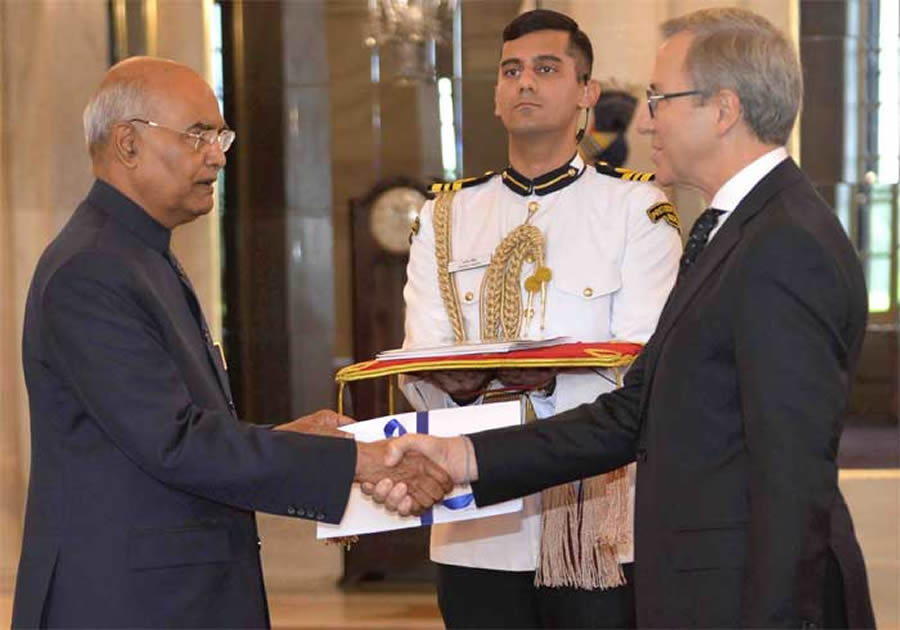 Senior diplomat Mr. Dionyssios Kyvetos (Greek Διονύσιος Κυβετός) has been appointed as the next Ambassador of Greece to India. He succeeds Mr. Panos Kalogeropoulos as Greek envoy in India, Bangladesh, Nepal, Sri Lanka, and the Maldives.

Dionyssios Kyvetos was born on August 9th, 1958 in Athens, Greece. Earlier he served as the Ambassador of Greece to the Republic of Iraq (2014-2019), and as Counsellor to several international organizations, including  OSCE (Organization for Security and Co-operation in Europe), NATO, and UN.  He holds a BA in Law from the University of Athens.

Cover Photo: The Ambassador-designate of Greece, Mr. Dionyssios Kyvetos presenting his credentials to the President of India, Ram Nath Kovind, at Rashtrapati Bhavan, in New Delhi on August 28, 2019.