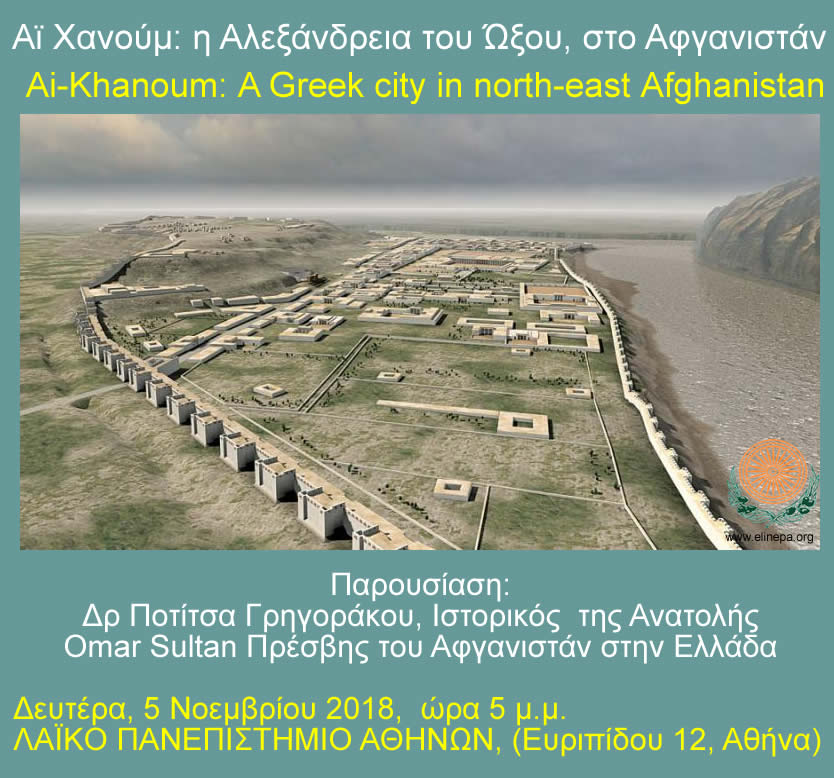 The Hellenic-Indian Society for Culture and Development (ELINEPA) invites its members and friends to attend a seminar titled:

Dr. Pottitsa Grigorakou, Researcher of the History of the Hellenic Culture in the East, and

H.E. the Ambassador of Afghanistan to Greece Mr. Omar Said Sultan,
a passionate advocate of Greek Culture and Language who studied archaeology at the University of Thessaloniki. As a Deputy Minister of Culture for many years in Afghanistan, he took part in the French excavations on Greek cities and is directly acquainted with Ai Khanum and the influence of Greek civilization in Afghanistan and Central Asia.

The speeches will be accompanied by a continuous flow of slides from the findings of foreign excavations in the area and video projection with a 3D representation of the ancient city.