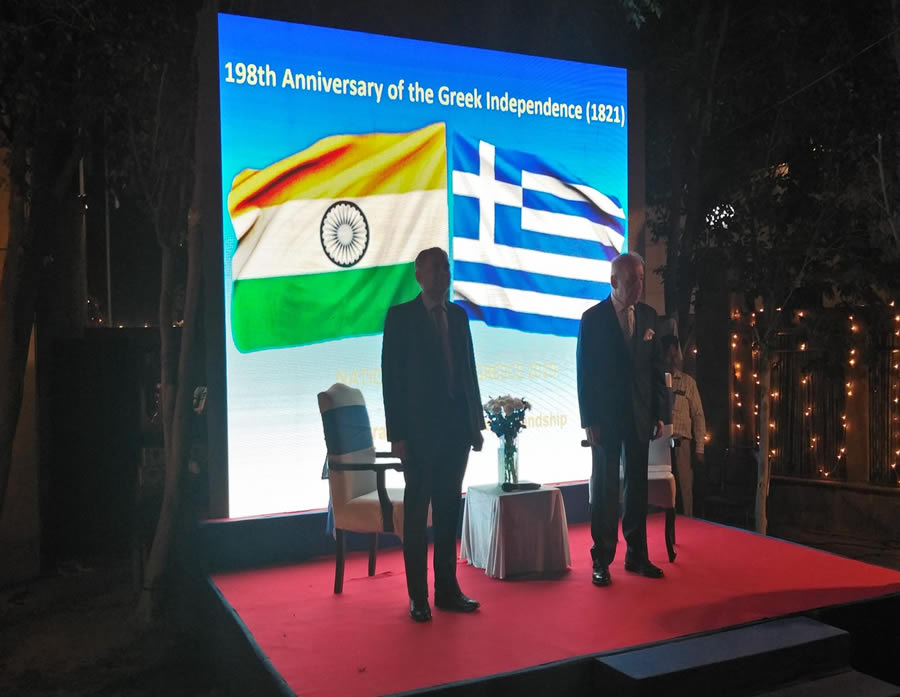 On the occasion of the celebration of the 198th anniversary of Greek Independence Day, a formal reception was arranged by H.E. the Ambassador of Greece to New Delhi, Mr. Panos Kalogeropoulos,  on Wednesday, March 27, 2019. The Indian Government was represented by the Secretary (West), Ministry of External Affairs
Shri A. Gitesh Sarma,  who spoke about the bilateral relations that connect two countries and cradles of democracy and civilization since ancient times.

The reception was attended by the government and military officials, ambassadors, dignitaries,  as well as scholars and artists, businessmen, and friends of Greece including Mrs. Tara Gandhi Bhattacharya, granddaughter of Mahatma Gandhi, Dr. Anil Kumar Singh, Professor of Greek Studies at the Jawaharlal Nehru University, and others.

Greek Independence Day, observed on March 25th, celebrates the country’s victory in the War for Independence, also known as the Greek Revolution, waged by the Greek revolutionaries between 1821 and 1832 against the Ottoman Turks. The national holiday is marked by great parades, patriotic speeches, and demonstrations in Greece and by the Greek delegations and communities abroad.