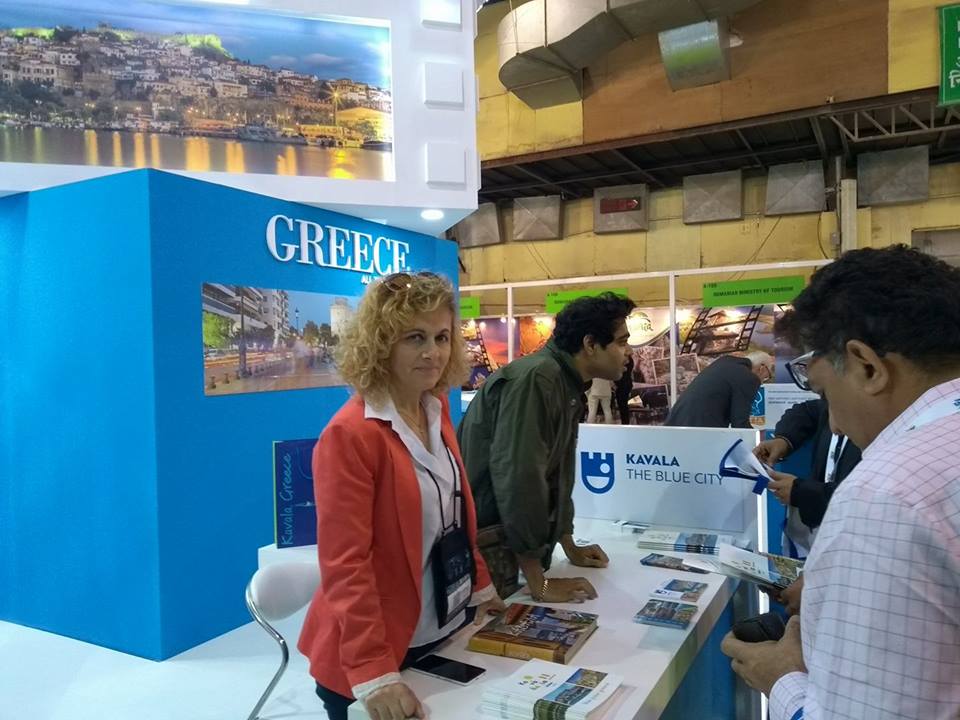 The Greek National Tourism Organization (GNTO) has participated for second year in India’s largest tourist exhibition “Outbound Travel Mart” (OTM), which took place in Mumbai from 18 to 20 January 2018. The participation of the GNTO is within the framework of the national tourism policy for the global promotion of Greece as a top destination for tourism 365 days a year, as well as the attraction of Indian cinema productions.

The GNTO participated with a booth of 153 sq.m. and co-exhibitors of the Central Association of Municipalities & Communities of Greece (KEDE), the Hellenic Tourist and Travel Agencies Association (HATTA), Greek hotel chains and the municipal enterprise of Kavala “DIMOPHELIA”, which distributed information material, CD-s, maps, etc.) to the visitors of the exhibition.

The participation of GNTO was extremely successful and enriched with an audiovisual presentation that included the video with Bollywood Dance in Greece, and the clip of the song Swag Se Swagat from the movie Tiger Zind Hai, filmed in Naxos in October 2017 and which has surpassed 245 million viewers in  YouTube. The Greek Pavilion was attended by Indian Tourism Minister Mr. Alphons Kannanthanam, Tourism Minister of Maharashtra Region Mr. Jaykumar Rawal, Head of Indian Tourism and Travel Groups and Representatives of Local Airlines. All showed great interest in Greece as the peoples of both countries have deep cultural roots and share historical references. The GNTO pavilion was among the most popular in the exhibition with over 2,000 visitors and important B2B meetings for tourist and business tours in Athens and the Greek islands, leaving positive signals for an increase in Indian arrivals in Greece in 2018.

The Greek Pavilion was awarded the Excellence Award by the organizers. We remind that in 2017, the GNTO pavilion won the Best Design Award in the exhibition, and the municipal enterprise of Kavala “DIMOPHELIA”, which first participated in the OTM, won the most promising new destination award for 2016.

Read also the article, “My experience in the Outbound Travel Mart in Bombay” by Veronica Iliopoulou (in Greek), INDIKA 2018