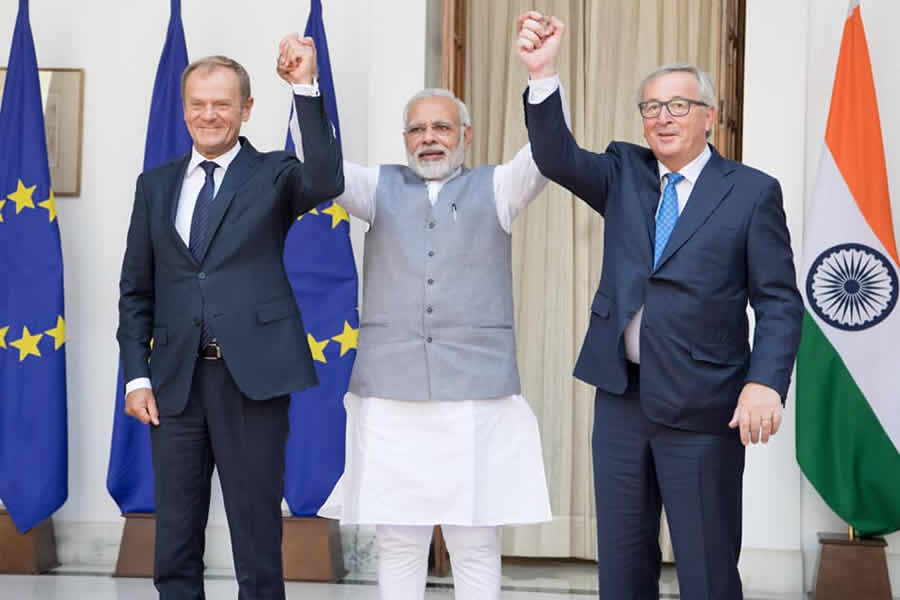 In a joint letter of congratulations addressed to H.E. the Prime Minister of India Shree Narendra Modi the two European leaders wrote:

“On behalf of the European Union, we would like to congratulate you warmly for the victory achieved in this year’s General Elections and the renewed mandate entrusted to you by the Indian people.

India has once again demonstrated the impressive vitality of its democratic institutions. At a time of uncertainty and challenges to the rules-based international order, the European Union is looking forward to continue deepening our engagement with you and your Government.

During your previous mandate, EU-India cooperation has developed considerably through the EU-India Agenda for Action 2020 and a very successful Summit in 2017. The European Union is India’s largest trading partner and major foreign direct investment provider. We see India as a major partner in advancing sustainable development, consolidating the rules-based international order, based on multilateralism, and in seeking common responses to global challenges, as well as security threats and regional issues.

We wish you and your Government every success and look forward to continue consolidating our Strategic Partnership.”