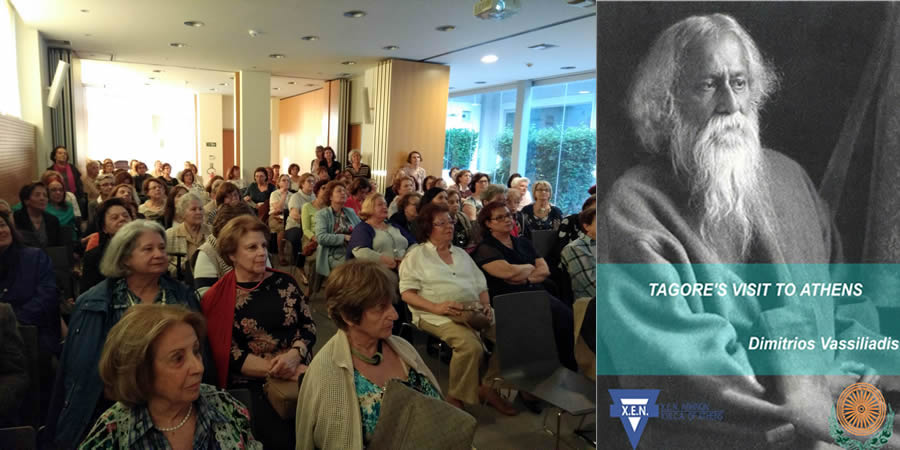 Τhe YWCA of Athens in collaboration with the Hellenic-Indian Society for Culture and Development (ELINEPA) organized a special event-tribute to the great Indian and Bengali poet Rabindranath Tagore on May 23, 2019, at 6 pm, at the “Athena” building of the YWCA in Ilioupoli, 81, M. Antipa street.

The Indologist Professor and President of ELINEPA Dr. Dimitrios Vassiliadis spoke on Tagore’s visit to Athens in November 1926.

The speech was followed by the documentary “The Story of Gitanjali” made by Malay Bhattacharya (30 minutes with Greek subtitles). The documentary refers to Tagore’s award with the Nobel Prize for Literature in 1913 and his poetic and musical work as a whole.

The event took place on the occasion of the completion of the reading and analysis of Rabindranath Tagore’s book “The Home and the World” by 17 Book Clubs of the YWCA in 2018-2019. The world poet, writer, and philosopher brought the Greek readers closer to India and Bengal, its customs, culture, and history.