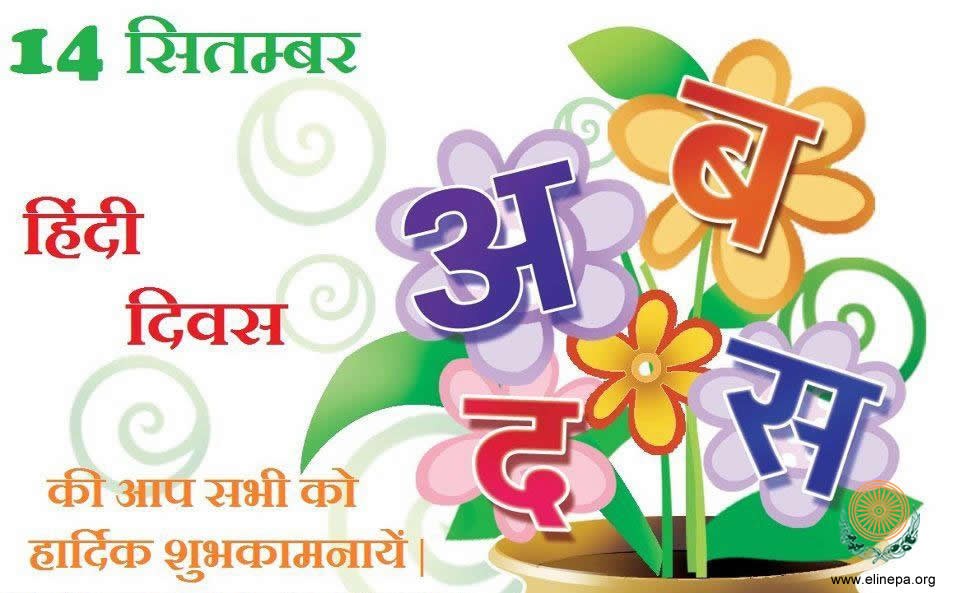 “My humble, but a firm opinion is that unless we do not provide Hindi the national language status and other regional languages their adequate importance, till then all talks of a ‘swarajya’ (self-rule) are meaningless.”

It is a cultural slavery for an independent nation to have education and official work in some foreign language.

Hindi Day or Hindi Divas (हिन्दी दिवस) is celebrated every year on September 14. On September 14, 1949, the Constituent Assembly decided by a vote that Hindi will be the official language of India. This decision was ratified under the Article 343 of the Constitution of India that came into effect on 26 January 1950 and declared that “The official language of the Union shall be Hindi in Devanagari script”.

To highlight the importance of this decision and to spread Hindi in every field, the National Language Publicity Committee decided to celebrate the Hindi Day every year on September 14, throughout India from 1953. September 14 is also the birth date of Beohar Rajendra Simha  who gave the direction to become the Hindiofficial language of India.

The Hindi Divas is sponsored by the Central and the State Governments, schools and other institutions and is celebrated all over India by feasts, cultural events and competitions.

In Greece the Hindi language is taught at the School of Foreign Languages of the University of Athens since 2005 and at the Centers of the Hellenic-Indian Society for Culture and Development (ELINEPA) in Athens and Thessaloniki.