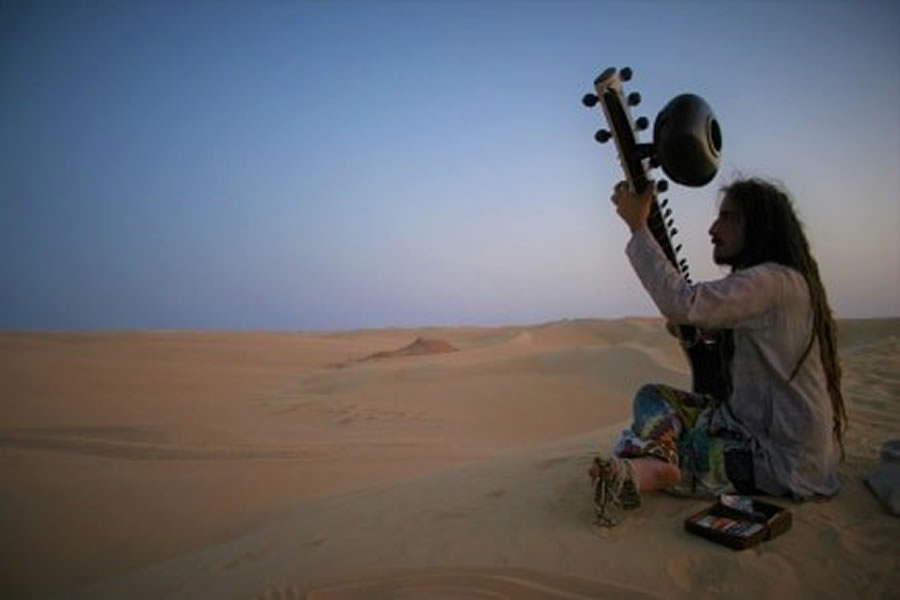 Iasonas returns from India to his favorite place to introduce us to the Indian classical music with sitar and esraj.
We are waiting for you for a fascinating journey from the depths of the east to the backdrop of the beauty and history of Plato’s Academy Park!

Entry with a free contribution.

Iasonas Psarakis is a Greek-born sitarist presently based in Shantiniketan, Kolkata, India. He is practicing music for the last 15 years and Sitar since June 2012. He performs Indian Classic music, experimental and world traditional music with his sitar, esraj and other instruments.

Iasonas published his first album *Clay* (2014), music from Lebanon, Indian classical and sounds of Iran. Having showcased his music at Street performances in the Middle East and at music festivals in Europe.

He is also part of a project with modern classical sound (collective) called *Structures* and Panchamaha bhuta with Ethno-Classical Recordings India, a sub-label of Turquoise Sound Pvt Ltd.