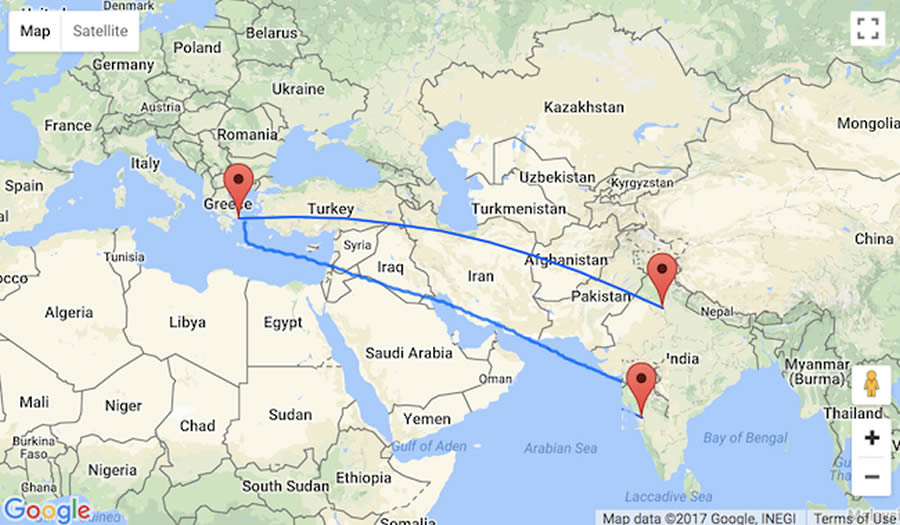 “Greece is a very important country. It is a member of the European Union, and has a strategic geographical location, ” said Indian Minister of Commerce and Industry Hardeep Singh Puri to the Athens-Macedonian News Agency, and stressed the need for a direct air link between Greece and India. “I realized that what we need to develop is a connection between us,” the Indian minister said, referring to the large number of Indian tourists coming to Greece and the number (flow) could increase even further if there was a direct air service from New Delhi or Mumbai with Athens.

Mr. Hardeep Singh Puri also said that a representative of an Indian private airline, attending the 84th Thessaloniki International Fair, where India is the honored country, shows interest in such cooperation.

He also referred to the partnership of the Indian GRM Airports with GEK TERNA and the Greek State for the construction of the new airport (cost 850 million euros) in Kasteli, Crete. “I think that’s the beginning of the whole process,” he said.

It is worth noting that the Greek and Indian governments already approved the direct air link between the two countries, but so far no airline implemented this decision. With the increase in tourist and business traffic and the introduction of Greece as a stopover to other destinations in the Balkans and Europe, airlines will have to consider this opportunity.

Today the air link between the two countries is done mainly by the airlines of the Gulf and the Middle East.