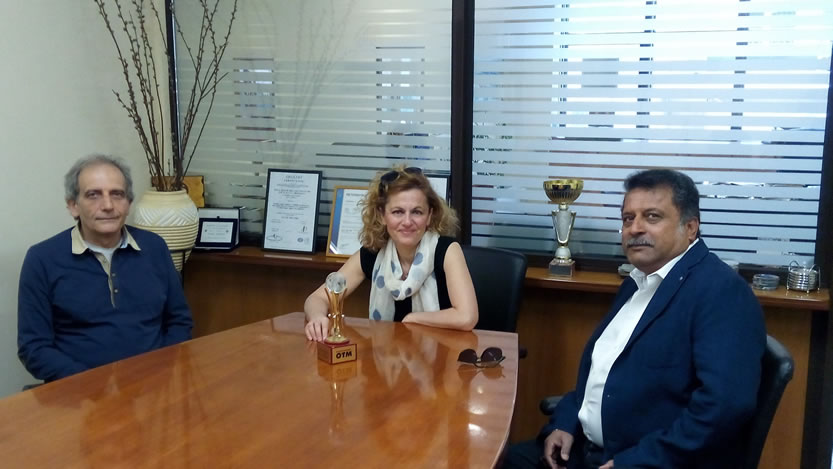 With the growing arrival of Indian tourists in Athens and the cosmopolitan islands of the Cyclades, the interest of Indian tourist agents and entrepreneurs has begun to turn to other areas of Greece that can provide high standard services for family tourism combining natural beauty with history and culture. Such an area is undoubtedly the historic city of Kavala, which became well known in India after winning the first prize as the best new destination at the 2016 international tourism fair of India «Outbound Travel Mart» (OTM).

Indian travel agencies have already booked more than 100 tourist packages with hotel units in Kavala and Thassos Island, and Indian companies are interested in producing Indian films and arranging Indian weddings in the city. Some Indian visitors have also expressed interest in investing and buying real estate of higher economic value that enables them and their families to secure a residential status in Greece and Europe.

In this context, the Hellenic-Indian Society for Culture and Development and the Municipal Social Enterprise of Kavala “DIMOFELEIA” invited in April 2017 Indian film producer Ravinder Dariya to travel to various locations both in Kavala and the island of Thassos. He was received by President of the municipal enterprise Anastasia Iosifidou and a tourist agent of the city. He was also shown the film “Topkapi”, part of which was shot in 1963 in Kavala, directed by Zil Dassen and screened in the cinemas a year later.

In the coming months, another Indian cinema producer with his crew is expected to visit Kavala to pick locations for shooting scenes of a romantic Indian film. The beautiful landscapes of the city of Kavala and Thassos in Indian cinema are expected to significantly increase the flow of the Bollywood’s friends from India and other regions of the world to Kavala and its wider region.