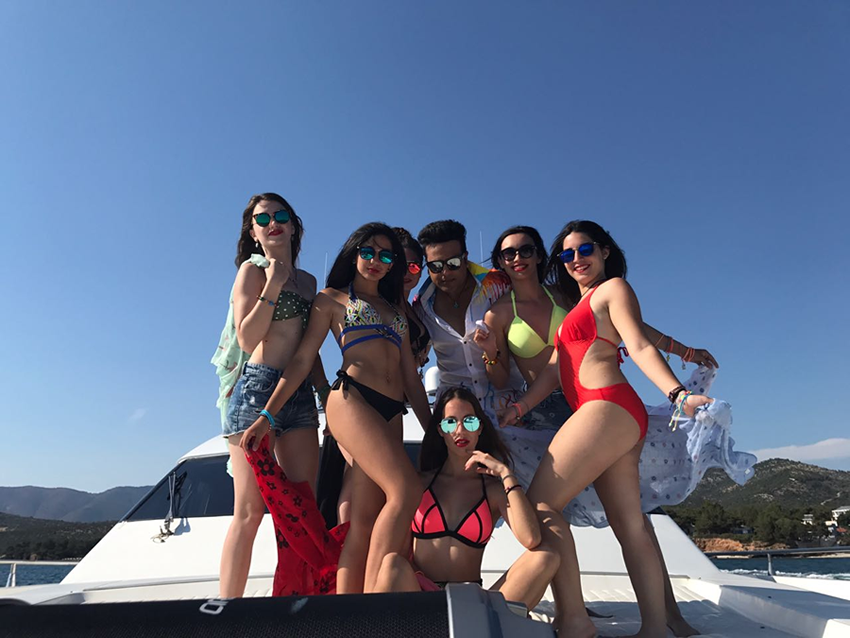 Bollywood’s super stars Krushna Abhishek and Kashmira Shah visited at the end of June 2018 the city of Kavala and the island of Thassos in northern Greece for shooting three musical songs for their film “Die Tomorrow“. Members of the theater team of Kavala, dancers from the Bollywood School of Kali Stasinou, technicians and production team from Greece and India, and of course the protagonists of the film Krushna Abhishek, Kashmira Shah and Rishab Chauhan worked to complete the filming. “Die Tomorrow” is the first Bollywood production shot entirely in Greece and the Indian crew had to travel four times in Kavala for its completion. The film has been strongly supported by the Mayor of Kavala Ms. Dimitra Chanaka and the President of the Public Benefit Organization of the Municipality of Kavala “DIMOFELEIA” Ms. Anastasia Iosifidou. As they said in previous interviews, the movie will show the beauty of Kavala to Bollywood lovers, contributing to the further strengthening of the Greek-Indian cultural relations and to the attraction of more Indian tourists to Kavala and the region. The film is to be released at the end of 2018 and will be screened at Indian and Greek film festivals around the world.