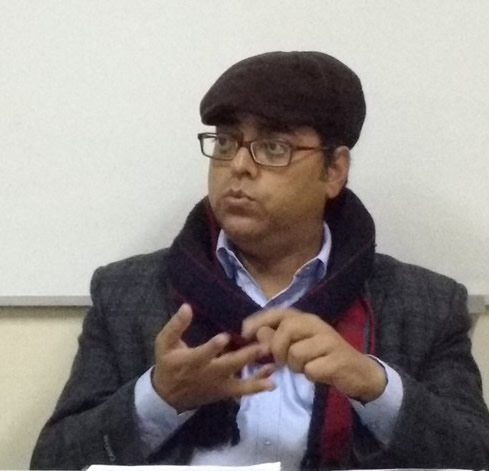 On the occasion of the year-long celebrations of the 125th anniversary of the birth of Babasaheb Dr B.R. Ambedkar, Chairman of the Drafting Committee of Constituent Assambly, the Hellenic-Indian Society for Culture & Development organized  a lecture on the theme:

The speaker was introduced by  Dr Dimitrios Vassiliadis, Professor of Hindi in the School of Foreign Language – University of Athens, Shree Ram Verma, First Secretary at the Indian Embassy in Athens, and Mrs. Giorgia Pavlidou, M.A. in Urdu

The lecture was organized in the School of Foreign Languages, National and Kapodistrian University of Athens (5, Stadiou Avenue, 3rd floor, room 311) on Friday, November, 27, 2015 at 18.00 and was attended by the students of Hindi and Modern Indian Literature.