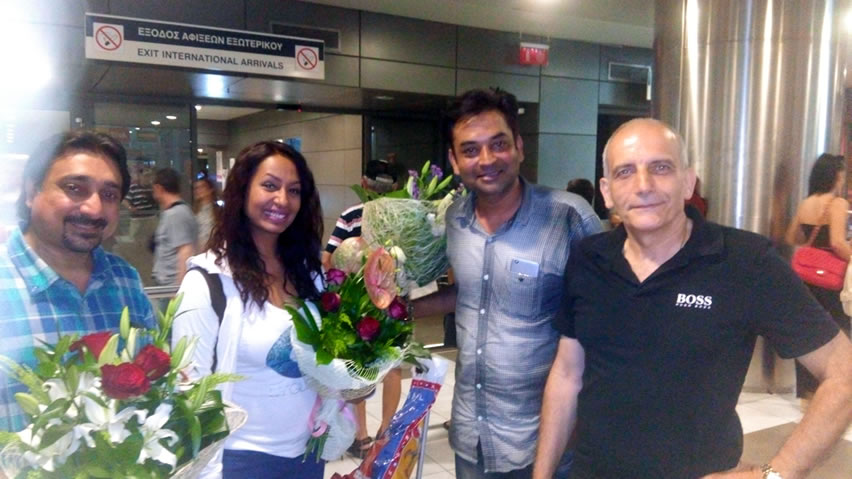 The Hellenic-Indian Society for Culture and Development has invited, in cooperation with the Public Benefit Organization of Kavala “DIMOFELIA”, the Municipality of Kavala, and the Municipality of Dion-Olympus, a group of 5 Indian producers and filmmakers Bollywood to visit North Greece for a few days and choose landscapes from the country of Alexander the Great for their forthcoming film projects.

The first group of Indian visitors arrived from Mumbai at Thessaloniki International Airport on June 29, 2017 and the second one is expected to arrive from New Delhi on June 30. The Indian guests were welcomed at the airport of Thessaloniki by the President of Elinepa Dr Dimitrios Vassiliadis and were transferred  to the city of Kavala where they will attend the International Air-Sea Show and will explore the archaeological sites and natural beauties of the Prefecture. They will then visit Litohoro and Dion Olympus where they will be hosted at Hotel Litohoro Olympus Resort Villas and Spa and guided by the local municipal authorities.

ELINEPA’s objective is to promote Greece’s natural beauty and cultural heritage through Bollywood movies, contributing to the further strengthening of the cultural relations between the two countries. The unique relationship that connects historically and culturally the two countries for more than 2500 years needs to be highlighted and make Greece one of Indians’ favorite destinations in Europe.