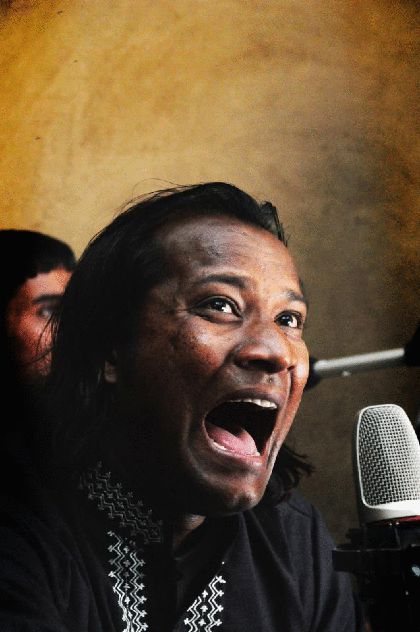 Two concerts in Athens and Thessaloniki

Ο Raza Khan and his band are coming for first time in Greece on the ocassion of their performance in the 12th International Womex the World Music Expo that will take place in Salonica from 17 up to 21 October 2012  while they have been selected among 850 artists from all over the world. In Athens they will perform in the hall of Parnassos Philological Association.

Raza Khan represents Sufi tradition, which origins in mystical dimension of Islam and in which music is a way of achieving personal connection with God. However, Raza being a Christian (Pentecost) adopted Sufi philosophy for his creed and enriched with inspirations he brought from his travels to Pakistan. He sings in Urdu and Punjabi and his wide vocal range, which stretches from lower register to falsetto, allows him effortlessly to match the upper and lower range of the harmonium. Not only vocal scale, but ability to modulate his voice and pass easily between different ranges sets him apart from other Sufi artists in the world. By composing simple, but intense music Raza Khan wants to enagage the audience and share his profound spiritual experience with his listeners.

According to his own beliefs, Raza was destined to become an artist long before he was born in a small village of Punjab in a religious family of music tradition. Raza started to learn music from his father when he was 7 years old. He has been inspired by Nazakat Ali Khan, Salamat Ali Khan, Mia Shaukat Khan, but his main guru was Shafqat Ali, who introduced him to a five hundred year old musical tradition of Sham Chourasi Gharana. Although he performs Sufi genres like Ghazals, Qawwalis, Kalams or Kafis, his strive for improvisation, makes him introduce the elements of Indian and Western classical music or even jazz in his compositions.
He has been performing on big scenes in India since 1994 and recently begun to perform at international platforms. However, Raza is always eager to perform for religious purpose, as he believes that there should always be the harmony in the way one performs the music and lives the life.