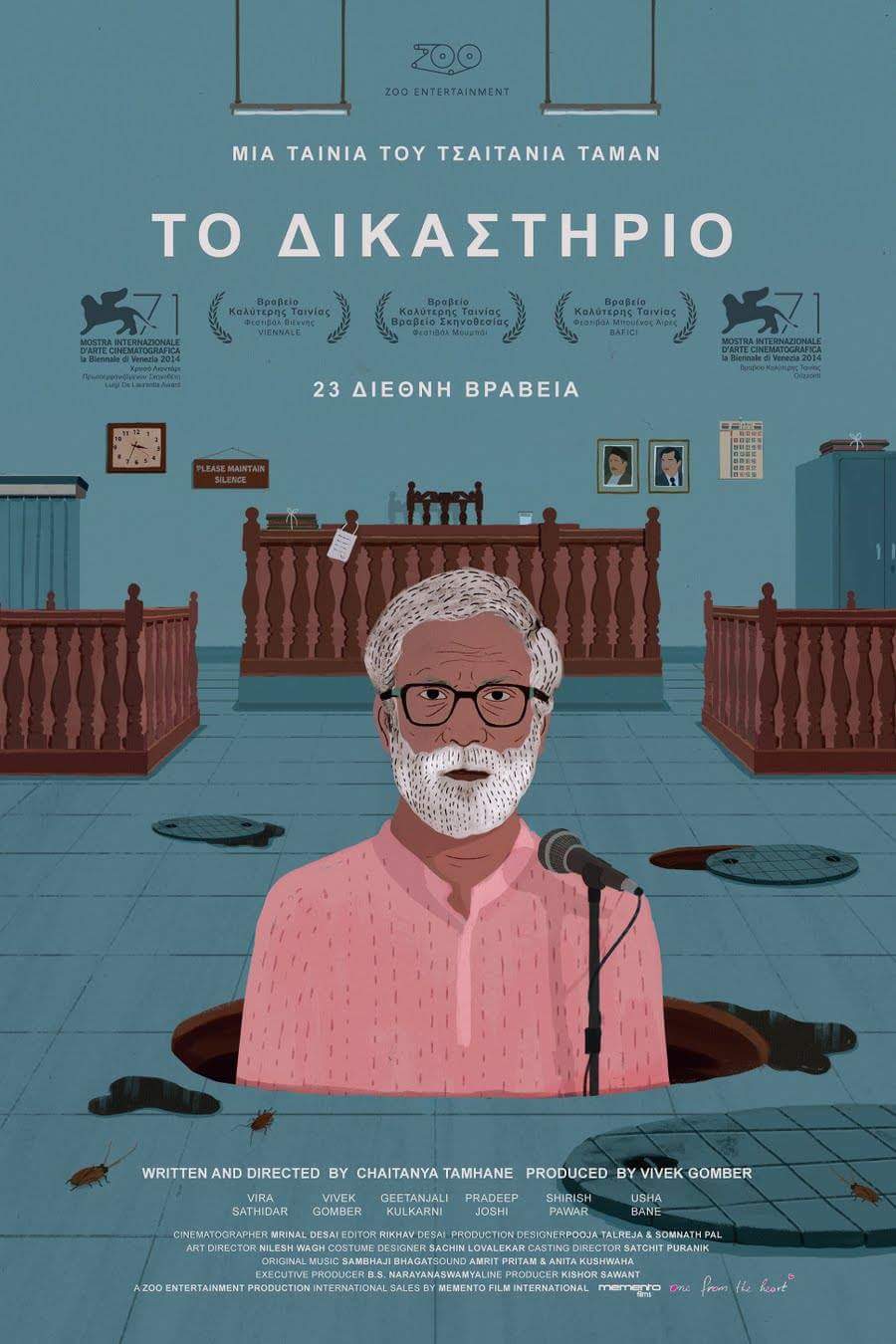 The film examines the Indian legal system through the Mumbai Sessions Court trial of an ageing protest singer, Narayan Kamble (Vira Sathidar), who is accused of encouraging a manhole worker to commit suicide through one of his folk songs.

“Court” premiered at the 71st Venice International Film Festival in 2014, where it won the Best Film in the Horizons category and the Luigi De Laurentiis award for Tamhane. The film went on to win 18 other awards at several film festivals.

The screening will be followed by a discussion with the public and members of the Club.
Entrance-contribution 3 euro.