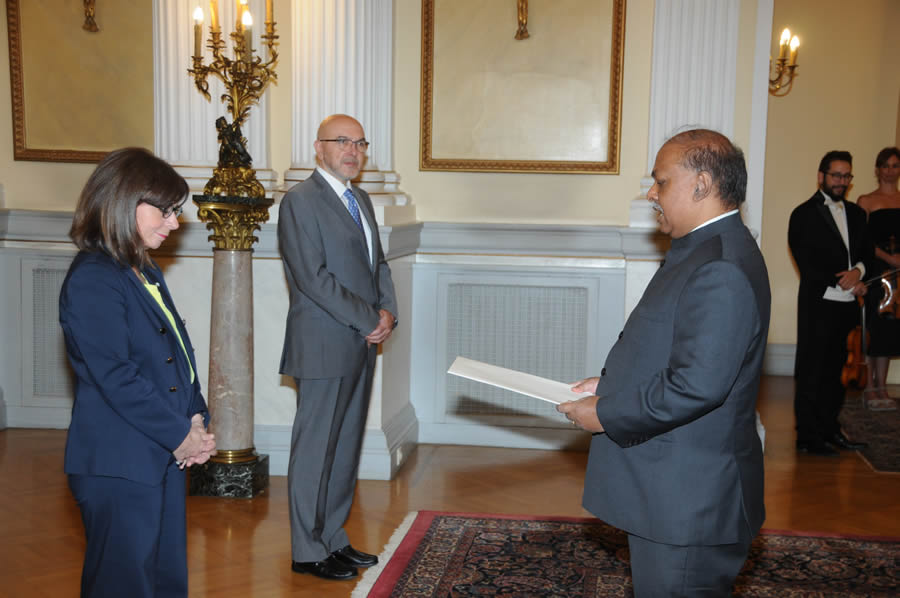 H.E. Mr. Amrit Lugun, Ambassador of India to Greece presented Letters of Credence to the Hon’ble. Ms. Katerina N. Sakellaropoulou, President of the Hellenic Republic at a ceremony held at the Presidential Palace in Athens on 29th July 2020

Shri Amrit Lugun succeeds Ms. Shamma Jain (IFS 1983) as Indian envoy in Greece and he is expected to take up the assignment shortly, the External Affairs Ministry of India said in its announcement dated October 3, 2019.

Amrit Lugun was born on 22 November 1962 in Ranchi, Jharkhand, Earlier he served as the Ambassador of India to the Republic of Sudan, and to the Republic of Yemen, and as the First Secretary in the Embassies of India in Algiers and Paris. He holds a BA in political science and sociology. In 2006, he successfully attended the 46th National Defence College course in New Delhi, the highest seat of strategic learning for officers of the Indian Armed Forces and the Civil Services of India.