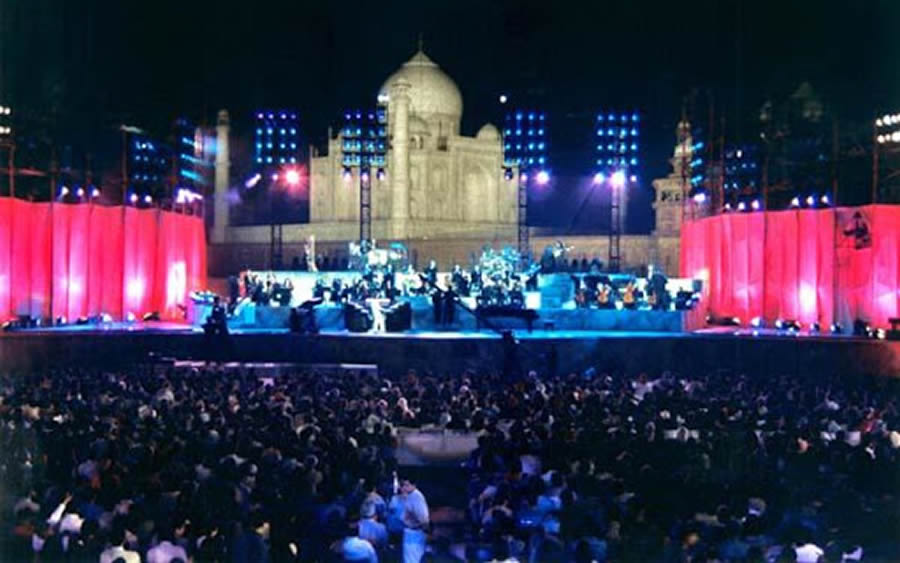 Renowned Greek music composer Yiannis Chryssomallis (professionally known as Yanni), became the First Western Artist to be permitted to perform at the Taj Mahal, one of the universally admired masterpieces of the world’s heritage.

Yanni and his international team comprising of almost 300 members performed live for three consecutive nights from 20 to 22 March 1997 on a stage set up in the middle of the river Yamuna on a sandbar that periodically became visible when the river dried up between November and late March. Seating was created for 7200 people.

The event marked the artificial illumination of the Taj Mahal during night for the first time in history. Yanni also flew in the revolutionary V-DOSC sound system that cancelled the sound reflecting from the rear of the speaker cabinets completely. During the concerts the sound reaching the Taj Mahal was as low as two people talking. Apart from adhering to strict sound emission and lighting norms, no motorized vehicles were brought in upto 500 meters of the monument.

Yanni wrote the songs “Deliverance” and “Love is All” specifically for the Taj Mahal.