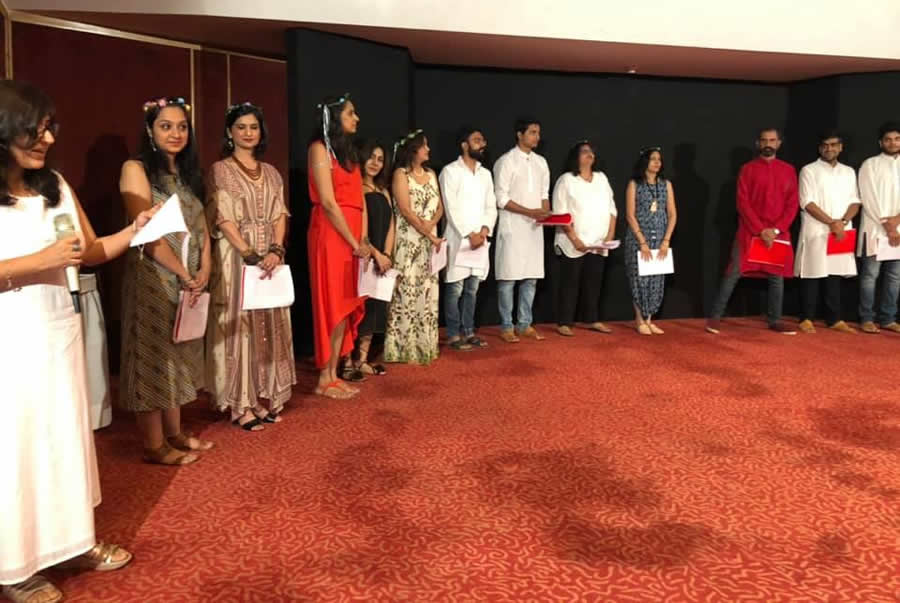 Α  Modern-Play Reading of Aristophanes’ classic comedy “Lysistrata”, interpreted by talented Indian actresses and actors, and directed by Ms. Rashma N. Kalsie, was presented on May 31, 2019, at the Convention Center of the Jawaharlal Nehru University, and on June 1,  at the Amaltas Auditorium. India Habitat Centre, in New Delhi, India.

The theatrical play reading at the JNU was followed by the screening of the movie “Zorba the Greek” based on Nikos Kazantzakis’ homonymous book.

The successful events were organized by the Indo Hellenic Friendship League with the support of the Greek Embassy in New Delhi and the Greek Chair at JNU, and were sponsored by Ms. C. Shriram, in memory of her Greek grandmother Aphrodite Krishnamurti.

Aristophanes’ Lysistrata “Army Disbander”, originally performed in classical Athens in 411 BC, is the comic account of one woman’s extraordinary mission to end the civil war between the Greek city-states, known as the Peloponnesian War. Lysistrata convinces the women of Greece to withhold sexual privileges from their husbands as a means of forcing the fighting men to negotiate a peace.