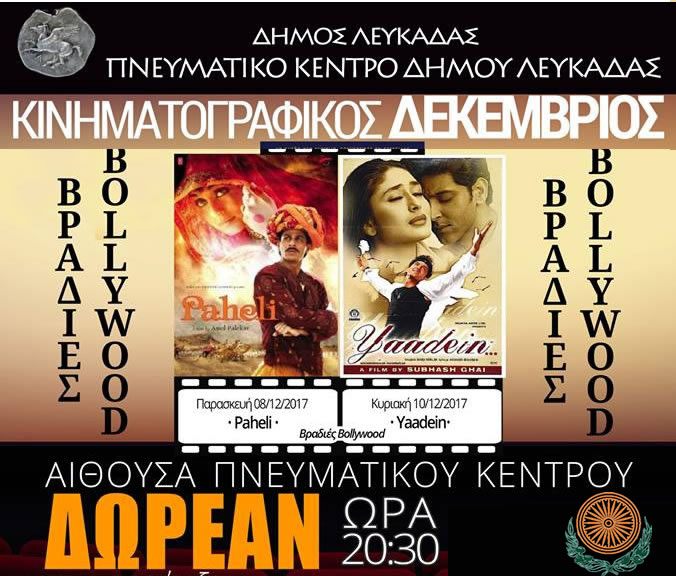 The Hellenic-Indian Society for Culture and Development and the Cultural Center of Lefkada are organizing a two-nights tribute to Indian Cinema with Bollywood Award-winning Films. The films to be screened are “Paheli” with Shah Rukh Khan on Friday December 8, and “Yaadein” with Kareena Kapoor Khan and Hrithik Roshan on Sunday, December 10th. The screenings will take place at the Cultural Center of Lefkada at 20:30 with free admission to the public.

The BOLLYWOOD NIGHTS is the second collaboration of ELINEPA with the municipality of Lefkada after the successful organization of the Indian Cultural Night in February 2016 where the award-winning film “Black” with Rani Mukerji and Amitabh Bachchan was screened.