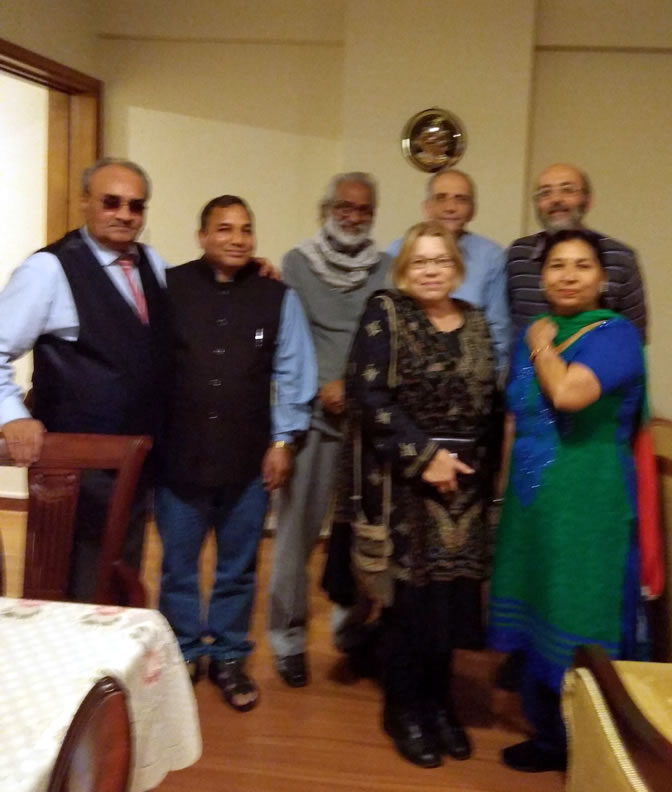 The Embassy of India organized a dinner in honor of Professor Dipak Malik (Emeritus Director of the Gandhian Institute of Studies, Varanasi, India) who has been invited by the Hellenic-Indian Society for Culture and Development (ELINEPA) to deliver a lecture on “Mahatma Gandhi and Hindi as the National Language of India“on December 1, 2017, at the School of Foreign Languages, University of Athens.

The dinner took place on Saturday, December 2, 2017, at the residence of the chargé d’affaires Ambassador and First Secretary of the Embassy of India, Mr Gopal Ram. Besides the host and his wife, the dinner was attended by the honored professor Dipak Malik, the Indologist Dr Miriya Malik (Director of the Center for the Study of Indian Languages and Society), President of ELINEPA Dr. Dimitrios Vassiliadis, ELINEPA’s General Secretary Mr. Antony Papadopoulos, and President of the Greek-Indian Association of Culture and Welfare Mr. Maghar Gandhi.

The meeting was held in a very friendly and constructive atmosphere and focused on promoting the teaching of Indian languages and culture in Greece as well as on the development of academic and cultural programs through the direct cooperation of private and public bodies in the two countries.