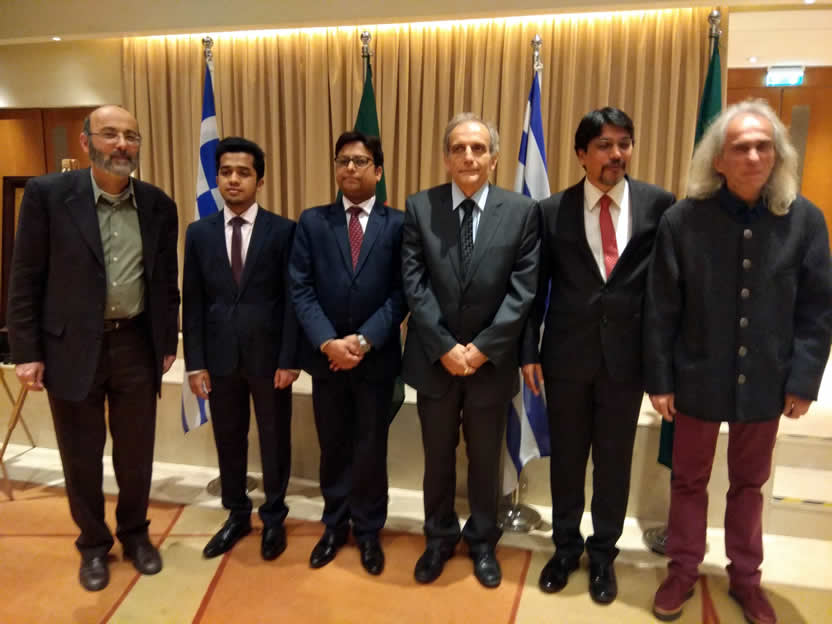 Bangladesh’s Independence Day and National Day has been celebrated with great enthusiasm in Athens, Greece. The day started with hoisting of the national flag by H.E. the Ambassador of Bangladesh to Greece Mr. Md. Jasim Uddin, at the Bangladesh Embassy premises amid the singing in a chorus of the national anthem. Special prayers for the Father of the Nation Sheikh Mujibur Rahman, the martyrs killed in the war of liberation, and the development and welfare of the country, as well as a traditional cultural program, followed.

In the evening of March 28, the Bangladesh Embassy hosted a gala reception at a central hotel in Athens. More than 250 dignitaries, including Greek-Bangladesh Parliamentary Group chairman Andreas Rijulis, high government officials, ambassadors, members of the diplomatic corps, academicians, personalities from business and media houses, representatives of think-tanks and of expatriate Bangladesh community, attended the reception.

In his welcome speech, Bangladesh Ambassador Mr. Md. Jasim Uddin mentioned the achievements of Bangladesh under the leadership of Father of the Nation Bangabandhu Sheikh Mujibur Rahman and various developmental activities of the Prime Minister Sheikh Hasina government. He also referred to the historic decision of celebrating the  Bangladesh Genocide Memorial Day on March 25, and he expressed the hope that the international community will recognize this day as such. The special attraction of the event was a cultural performance presented by Bangladeshi artistes living in Greece who enthralled the audience with a number of classical Bangladeshi dance presentations. The event completed with a buffet dinner with a variety  of deshi cuisine.

Visiting guests demonstrated a keen interest in Bangladesh related books displayed at the ‘Bangladesh Corner’ outside the reception hall. Special gifts were also presented to the guests, who highly appreciated the reception program.

The Independence Day of Bangladesh is a national holiday and commemorates the country’s declaration of independence from Pakistan in the late hours of 25 March 1971.