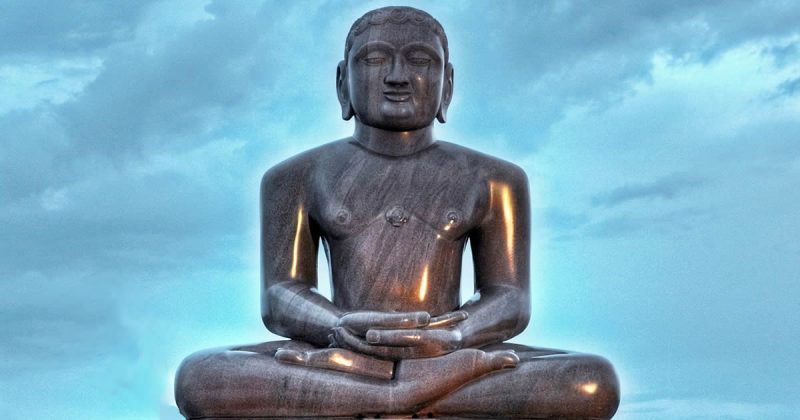 Mahavir Jayanti celebrates the birth of Mahavira, the twenty-fourth and last Tirthankara (enlightened teacher of the Jain dharma) and is the most important religious holiday in Jainism.

The holiday is celebrated on the 13th day of the waxing (rising) half of the month of Caitra in Hindu calendar, which as per the Gregorian calendar occurs either late March or early April.

Vardhamana left his home in pursuit of spiritual awakening at the age o 30, and for the next twelve-and-a-half years, he practiced severe meditation and penance, after which he attained omniscience (Kevala Jnana) and became a Tirthankara. As a Tirthankara he came to be known as Bhagvan Mahavira (great conqueror of the inner passions) and traveled throughout the Indian subcontinent teaching for 30 years Jain philosophy until his death.

The present-day religion of Jainism is practiced by about 5 million people, with most Jains residing in India, They are strict vegetarians following the path of non-violence towards all living beings.

Mahavir Jayanti festival is marked with prayers and fasting. It is a gazetted holiday in India and government offices and most businesses are closed.