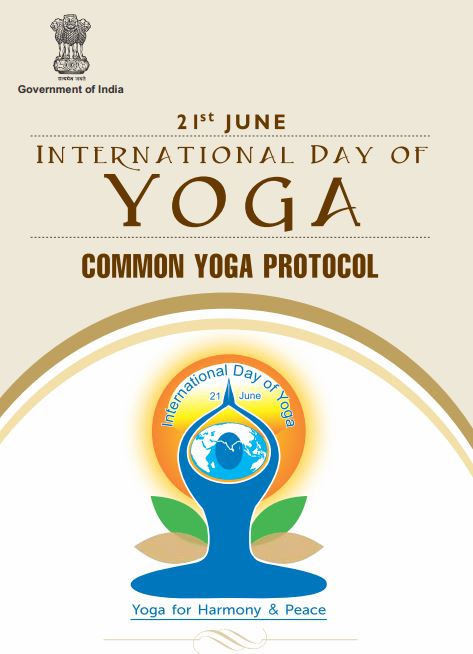 Common Yoga Protocol is a specified sequence of Yoga Asanas of 45 minutes duration. It evolved out of the need to have harmonious mass Yoga demonstrations for the IDY observation on 21st June in which millions of people participate at thousands of venues. To ensure that the Yoga demonstration of such large groups takes place in a harmonious fashion, some of the most accomplished Yoga gurus of India came together and developed the Common Yoga Protocol (CYP).

CYP has been designed keeping people of different age groups and of varied walks of life in mind and can be learned in about 15 sessions of one-hour duration each. It is now widely acknowledged that CYP is the ideal assemblage of asanas for inducting beginners to Yoga practice. It is expected that those who get trained in CYP are likely to develop a taste and attitude for Yoga and hence may pursue it in the long term. Free video and e-book giving details of CYP in various languages (Hindi, English, French, Spanish, German, Russian, Arabic and Chinese) are available for free download from the Ministry of AYUSH website.

The full version of the video (55 minutes) begins with 5 minutes of greetings by India’s Prime Minister Narendra Modi, Foreign Minister Smt. Sushma Swaraj and Minister AYUSH Mr. Shripat Naik, and follow instructions for practicing yoga along with a demonstration of basic exercises that can be applied by everyone for a healthier and peaceful life.

See the Video (language: Hindi and English with English subtitles) below.