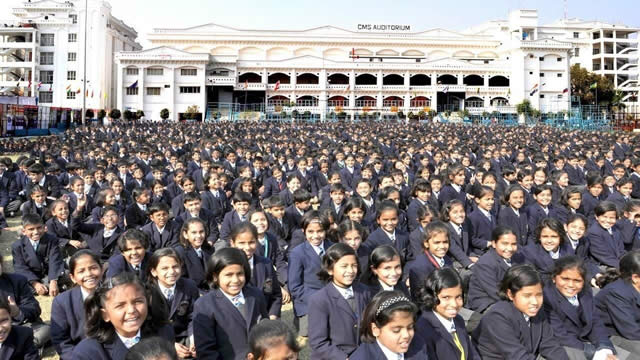 The EU Delegation to India has announced the decision to release of the final tranche of €25 mn. of its €80 mn. grant to the Indian Government’s educational institutions Sarva Shiksha Abhiyan and Rashtriya Madhyamik Shiksha Abhiyan (RMSA). This brings to a conclusion the EU’s sector support to school education in India, to which it has contributed over € 520 mn. (currently valued at Rs. 3700 crs.) in grant funding. EU grants have contributed to setting up new schools, improving existing ones, bridging gender and social gaps, providing toilets especially for girls, training teachers, and enrolling nearly all children in the primary school years.

At an event held in Delhi to mark the occasion, H.E. Mr. Tomasz Kozlowski, Ambassador of the European Union to India recalled that the EU was the Indian Government’s first development partner in education through its participation in the 155 districts initially selected under District Primary Education Programme in 1994. The Department for International Development (DFID) of the UK and the World Bank joined subsequently as partners.

Speaking on the occasion Mr. Ajay Tirkey, Joint Secretary in the Ministry of Human Resource Development thanked the European Union for its pioneering initiative and long-term commitment to education over the last 23 years and said that the development partnership had contributed both financially as well as in terms of new approaches and new ideas.

India has more than 1.5 million schools in the public and private sectors, with over 227 million children enrolled. Around 1.29 million or 84.7% are in the rural areas. The reduction of dropout rates and the improvement of education outcomes as measured by various surveys are the main challenge for school policy makers and public authorities, going forward.