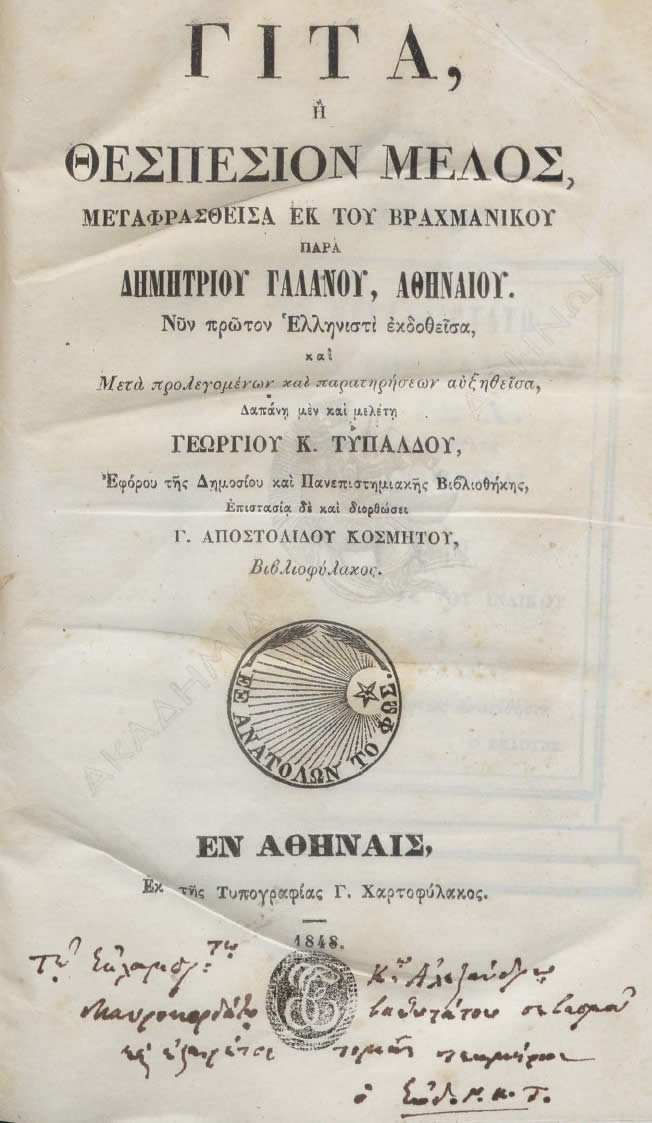 Gita or the Divine Melody (Gr. Γιτά ή θεσπέσιον μέλος) (pages lxxxii + 126),   it contains the translation of the Bhagavad Gītã. In the manuscript there is a note announcing the completion of this translation on November 12, 1802.

The Bhagavad Gītã, (lit. “The Song of God”), often referred to as the Gita, is a 750 verse Hindu scripture in Sanskrit that is part of the Hindu epic Mahãbhãrata (Bhisma Parva, chap. 23-40).

The third publication in a series of Gananos’ manuscripts (Mss. Nos. 1854). It was published in Athens in 1848 under the custody of the Commissioner of the Public and University Library George N. Tipaldos and the librarian Georgios Apostolidis.