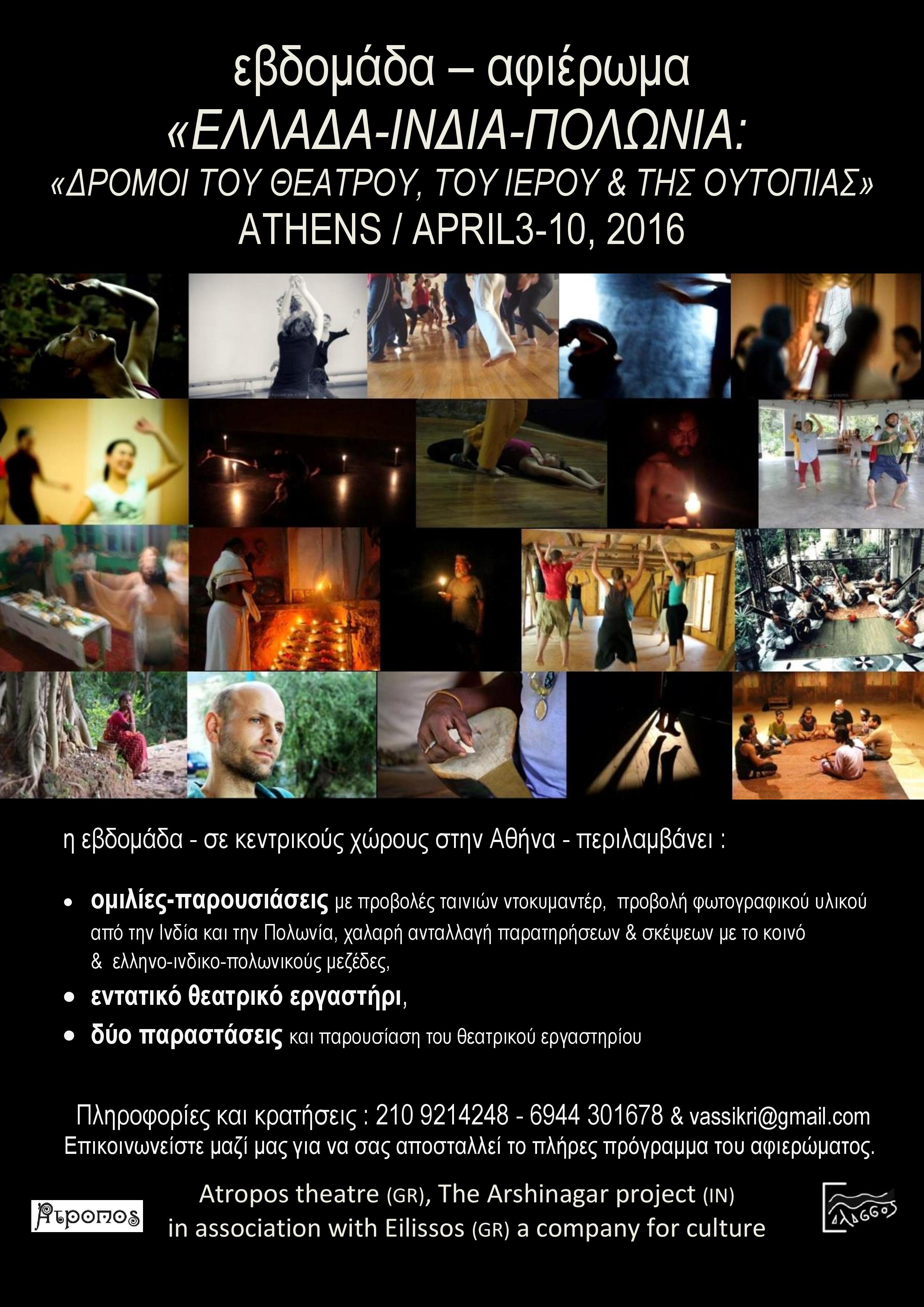 Three personal paths, three ways, three intellectual and artistic spheres and social development vision intersect and mingle fertile for a week in Eilissos art space (3 Aglaonikis str. and 40 Vouliagmenis avenue. Tel. 2109214248) and a larger area in the center of Athens.

An initiative of the director and researcher Stamatis Efstathiou to open to the Athenian public path and concerns with fellow supporters and Vassilis Kritikos – artistic director of Eilissos theatre and Arka Moukopantoue – performer, director and poet from India.

By a strange but not random route all three rapporteurs are grafted both in Greece and in India and Poland in search for meaning and creative challenges in the theater and more widely in personal and spiritual development.

In this week- tribute organized by Atropos theater together with the company for culture Eilissos a series of actions is proposed to share with the public the personal testimony of the rapporteurs from the experience in theater as predominantly determined by these three countries and the discoveries achieved thanks to the important people they met and the research done in each country and the other experiential acquaintance with the system and the working philosophy of both Stamatis Efstathiou and the Arkas Moukopantoue.

Specifically, the week includes lectures-presentations of the speakers, documentary film screenings, relaxed exchange of comments and thoughts with guests, Greece and India-Polish delicacies, intensive theater workshop by Stamatis Efstathiou and Arkas Moukopantoue, two performances of the foregoing and a presentation the theater workshop that will take place and photograph presentantion from the theater-anthropological mission Stamatis Efstathiou from India and Poland and by the passage of Vassilis Kritikos from the same countries.

First performance, ITHACA: Sunday, April 3 at 19:30, followed by a discussion.