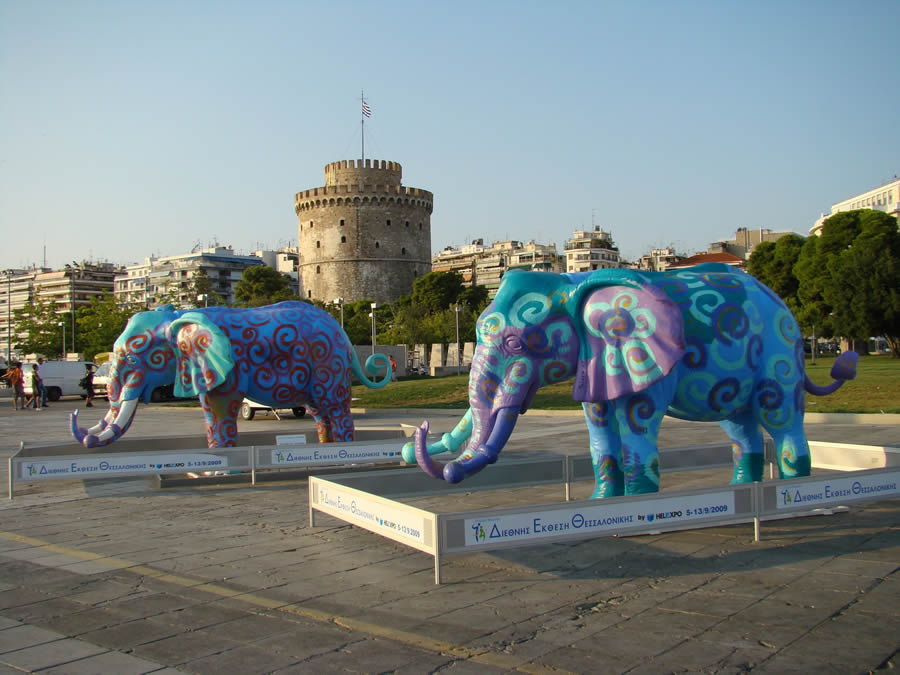 The 74th Thessaloniki International Fair (TIF) will open on 5 September 2009 having nominated India as the honored country. This rapidly developing Asian country will give a special “tint” to this year’s event as the program will embrace various performances like thefood festival, movies nights, music and dance shows.

Distinguished Indian speakers will participate in the TIF Business Forum and will discuss economic issues of mutual interest.

From 6 till 12 September 2009 seven Indian movies with Greek subtitles will be shown in the Olimpion cinema (“Pavlos Zannas” hall) at the afternoon and evening shows.

The week of Indian cuisine (a la carte) where famous Indian Chef will present masterpieces of Indian gastronomy will be held in Nikopolis Luxury Hotel over the whole period of the Fair (between 5 and 13 September 2009).

The Himachal group (12 members under the guidance of Joginder Singh Hamby) will presentfolk dances from the cultural legacy of Himachal, a state in north India , which literally means “abode of snow”.

Another 5-member group from the Eastern shores of India will present the classical dance of Odissi under the guidance of Arousi Mughtal.

The municipality of Thessaloniki (Department of Culture) together with the Dimitria will organize an Indian dance show of Uma Sharma group who will perform “Maha Raas Leela” in the theatre Kipou on Saturday 12 September 2009.

Over the period of the Thessaloniki International Fair Kiosk 12 of the Indian mission together with HELEXPO will house the “New India” photo show of the famous artist Lazaros Pantos. That show, held in 2007 in New Delhi , was organized by the Ministry of Culture of India .

Three Indian teachers of yoga will initiate those wishing in its secrets in Corona hall. The art of Henna (hand painting) will be presented over the period of the Fair daily.

Organization of the program became possible due to the efforts of HE Mr. Dilip Sinha,Ambassador of India to Greece, and the Honorary Consul of India in Thessaloniki, Mrs. Ivony Alexandridou, in cooperation with the TIF and the HELEXPO. The artistic program was sponsored by the Indian Council for Cultural Relations (ICCR).

An elephant in Thessaloniki

An elephant in Athens

An elephant in Patra

An elephant in Piraeus

The seven Bolywood films that will be shown during the fair﻿