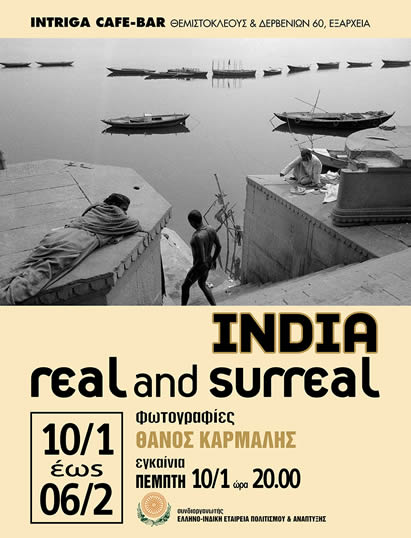 The Hellenic-Indian Society for Culture & Development (ELINEPA) invites you to the inauguration of Thanos Karmali‘s photo exhibition titled:

The exhibition will remain open until February 1, 2019.

Thanos Karmalis was born in Athens in 1969 where he studied photography. He began to travel to India in 1994. Since 2004 he has been systematically photographing this country until 2014.

The 14 black-and-white photographs of the exhibition are part of a unit of 77 photographs taken with film and digitized.