International Conference and Exhibition  on Jain History, Art and Culture

The Hellenic-Indian Society for Culture and Development (ELINEPA), Athens, Greece

The Museum of Asian Art in Corfu, Greece

Program, News and updates about the conference can be viewed on the webpage httpσ://elinepa.org/jain-symposium

The main objectives of this Conference are to bring together Indian and European scholars and present the current state of research in Jain History, Art & Culture, to exhibit the  Jain art objects from the Indian collection of the Corfu Museum of Asian Art, and to suggest future areas of fruitful research and co-operation in the field.

We invite researchers, scholars and free thinkers from India, Greece and other countries to contribute original research papers on Jain History, Art and Culture. The conference languages will be Greek and English. The proceedings of the conference will be published in one volume. A limited number of travel grants will be made available for the authors of the accepted papers.

The submitted papers can be focused on one of the following thematic areas:

4) Contribution of Jainism to human development and world peace

How to submit an abstract

An abstract of 300 words stating the basic points, data, methodology, and preliminary findings of the paper must be submitted in a PDF format by October 8, 2018 to jain@elinepa.org. Authors are requested to provide detailed contact information, a series of keywords that  characterize the paper best, and the thematic area which the authors feel the paper would most appropriately fit.

Abstracts must be submitted till October 8, 2018. The decision regarding the accepted papers will be communicated by October 16, 2018. The authors of the accepted papers are expected to submit full papers before December 31, 2018. News and updates about the conference can be viewed on the webpage http://elinepa.org/en/jain-symposium

The Jain and Indian artefacts of the Museum of Asian Art will be exhibited during both days of the conference. A photo exhibition will be organized by the  All India Digamber Jain Heritage Preservation Organisation and a documentary on Jainism will be screened. 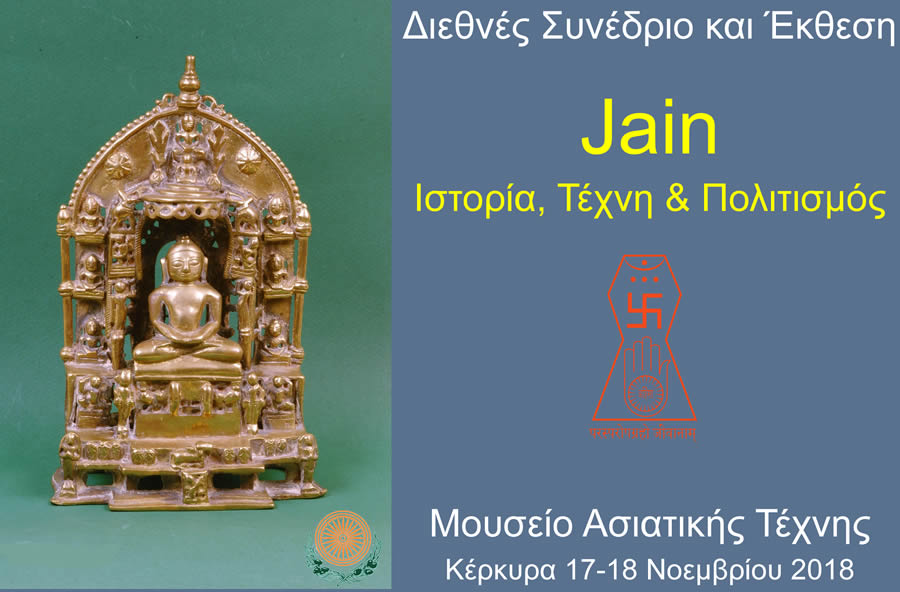 Description of the theme

From the point of view of the world population statistics there are less than ten Jains among one thousand people, but in the history of world religions, Jaina dharma occupies a distinctive place, because of its significant contribution to the Indian philosophy and ethics and its superb art and architecture. Innumerable Jaina images made of stone, metal,  including gold, silver and bronze, wood, terracotta and even precious stones are available in India and abroad. Archaeologists have noticed a remarkable resemblance between the earliest images of Rsabha and the figures of standing or seated nude yogis found inscribed on some terracotta seals and relics of the prehistoric Indus Valley civilisation, discovered at Mohenjo Daro, as well as the nude Harappan red-stone statuette, almost equally old. Antiquities & Art monuments help us in getting a better understanding of the Jain history and development.

Jainism is one of the world’s oldest and at the same time least understood faiths. The historicity of the Jaina tradition is amply borne out by the social tradition, literary and archaeological evidences. Yajurveda mentions of Rsabha Deva who is regarded by the Jains as the founder of Jainism. After Lord Rsabha, the first Tirthankara, there was a succession of 23 other Tirthankars, who came one after the other at intervals varying in duration up to the historical era of the last Tirthankara Mahavira (6th century BC). The doctrinal basis of Jainism comprises metaphysics and ontology, cosmology and cosmography, theology and mythology, epistemology and psychology, logic and dialectics, ethics and ritual, in short all that goes to make a well-developed comprehensive philosophical and religious system. Jaina metaphysics starts with the scientific axiom that “nothing is destructible,” that is, the cosmos is uncreated and real by virtue of its being existential and is, therefore, eternal, everlasting, without a beginning and without an end, being everlasting and eternal, and that the wheel of time incessantly revolves like a pendulum in half circles from the descending to the ascending stage.

The sanskrit word ‘Jaina’ derives from jina, ie. ‘conqueror’, an epithet given to a line of teachers who, having overcome the passions and obtained enlightenment, teach the true doctrine of non-violence and subsequently attain the freedom from rebirth which constitutes spiritual deliverance according to their teaching of the ‘Three Jewels,’ namely, right knowledge, right faith and right conduct. The Jain tradition which enthroned the philosophy of ecological harmony and non-violence has formed a vital part of the mainstream of ancient Indian life and contributed greatly to the philosophical, artistic and political heritage. The fundamental teachings of Jainism offer the world today a time- tested anchor of moral imperatives and a viable route plan for humanity’s common pilgrimage for holistic environmental protection, peace and harmony in the world.

Greeks were aware of the Jains since antiquity. Herodotus speaks of Indian ascetics who were vegetarian and welcomed  death. Democtritus traveled to India, met with Indian gymnosophists before developing his atomic theory, Alexander the Great had long discussions with the Indian gymnosophists, and his succesor Seleukus gave his daughter Helen for marriage to the Jain Emberor Chandragupta Mautya. The rest of the Europeans seem to have become aware of the Jains since the beginning of the sixteenth century, albeit describing them as merchants, frequently referring to non-violence, vegetarianism and ascetic practice. Mahatma Gandhi, the Father of Modern India, based his life on the Jain principle of non-violence (ahimsa) and his birthday on 2nd October is celebrated as Non-violence Day all over the world as decided by the United Nations.

Prof. of Hindi and Sanskrit, University of Athens

Director of Athens Center for Indian and Indo-Greek Studies

Registration and further information for the Conference

Information and coordination for the exhibition

Head of the Department of Museum Collections