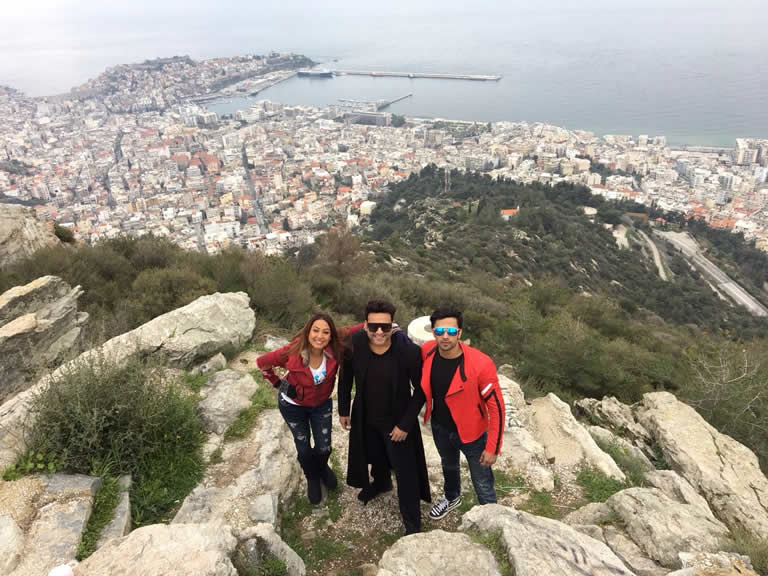 Bollywood’s famous comedian and dancer Krushna Abhishek visits the city of Kavala in North Greece from 22 to 28 March for shooting a dance show for Kashmera Shah’s movie “Die Tomorrow.”

Krushna Abhisek, nicknamed Jimmy Kimmel of Bollywood, is a nephew of Indian legend Govinda and one of India’s top comedians. He hosts his own TV show in Mumbai. Speaking to Indika Online, Krushna said he enthusiastically accepted the invitation to come and dance in Kavala because he was enchanted by the unique beauty of the blue city when he saw the scenes from the first shooting of the film. Producer of the film is Bollywood’s famous actress Kashmera Shah, who is also starring in the film together with Rishab Chauhan. Along with the actors comes choreographer Vitthal Patil, who has been honored with the national choreography award in 2015 for his work in the Marathi movie “Ringan”. The distinguished choreographer will teach the girls from the Bollywood dance school of Kavala, who will also take part in the movie together with members of the theatrical group. “Die Tomorrow” is the first Bollywood production shot entirely in Greece and the Indian crew had to travel three times in Kavala for its completion. The film has been strongly supported by the Mayor of Kavala Ms. Dimitra Chanaka and the President of the Public Benefit Organization of the Municipality of Kavala “DIMOFELEIA” Ms. Anastasia Iosifidou. As they said in previous interviews, the movie will show the beauty of Kavala to Bollywood lovers, contributing to the further strengthening of the Greek-Indian cultural relations and to the attraction of more Indian tourists to Kavala and the region. The film is to be released at the end of 2018 and will be screened at Indian and Greek film festivals around the world.