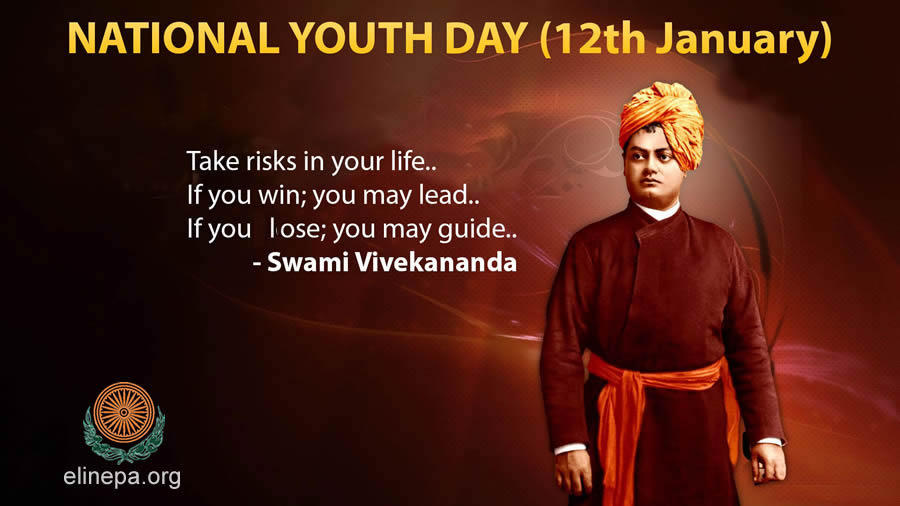 National Youth Day is celebrated in India every 12 January on the birthday of Swami Vivekananda since 1984.

It was felt that the philosophy of Sw. Vivekananda and the ideals for which he lived and worked could lie a great source of inspiration for the Indian youth.

Sw. Vivekananda (12 January 1863 – 4 July 1902) was a Hindu monk and chief disciple of the 19th-century Indian mystic Ramakrishna Paramahamsa. He became a key figure in the introduction of the Indian philosophies of Vedanta and Yoga to the Western world after his famous speech at the Parliament of the World’s Religions in Chicago in 1893.

Vivekananda founded in India the Ramakrishna Math and the Ramakrishna Mission. Apart from religious and spiritual these institutions carry out extensive educational and philanthropic work all over India. The and vision of Swami Vivekananda continue to shape the minds of generations.