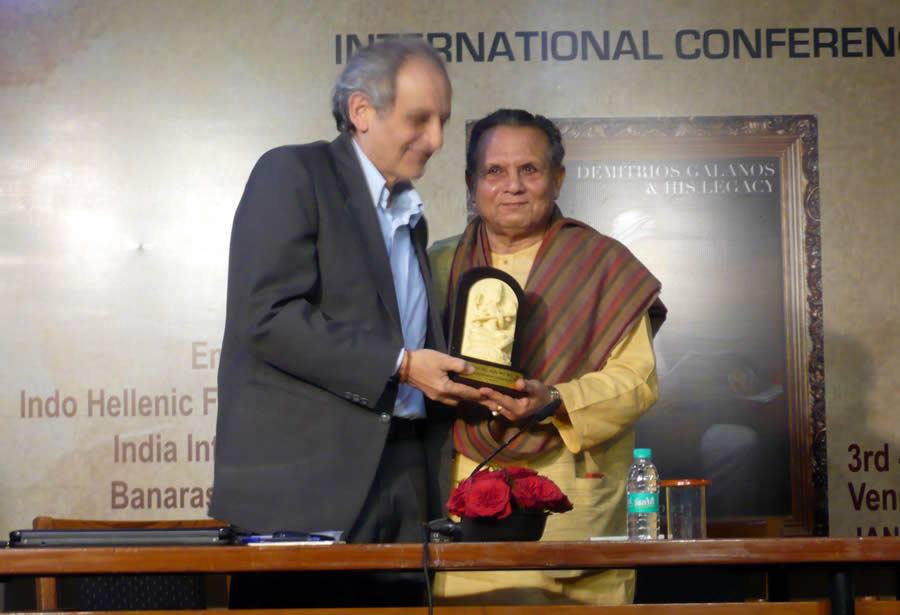 Professor Bharat Gupt has been appointed recently as President of the Hellenic-Indian Friendship League that is patronized by the Ambassador of Greece in New Delhi. On this occasion, the President of ELINEPA Dr. Dimitrios Vassiliadis has sent him the following letter of c:

“I wish to congratulate you on your appointment as President of the Hellenic-Indian Friendship League in New Delhi, of which we were founding members twenty years ago.

It is a joy and honor for the Indian-Greek community, a philhellene scholar of high prestige, a man who loves and struggles to promote Hellenic-Indian studies, to take on this crucial post.

With the warmest wishes for success in your new duties, we look forward to continuous and effective cooperation between our organizations to further promote Greek-Indian friendship and cultural relations.”

Bharat Gupt, a Trustee of the Indira Gandhi National Center for the Arts (IGNCA), and a former Associate Professor in English at the  University of Delhi is an Indian classicist, theatre theorist, sitar and surbahar player, musicologist, cultural analyst, and newspaper columnist.

Bharat Gupt is the author of several research papers and articles on Indo-Greek themes, and of the book “Dramatic Concepts – Greek and Indian” (first published in 1994, reprinted in 1996 and in 2006). He has been Co-Editor of the Sanskrit-English- Greek Dictionary of Dimitrios Galanos, the 18th century Greek Indologist.

He organized and took part in several conferences on Indo-Greek Studies in Greece and India, with most recent one – the International Conference on “Demetrios Galanos and His Legacy: Indo-Greek scholarship 1790-2018” that took place in New Delhi and Varanasi in February 2018.

Cover Photo: Prof. Bharat Gupt offers the statue of the Indian goddess of learning ‘Saraswati’ to Prof. Dimitrios Vassiliadis during the International Conference on Dimitrios Galanos and his Heritage in New Delhi